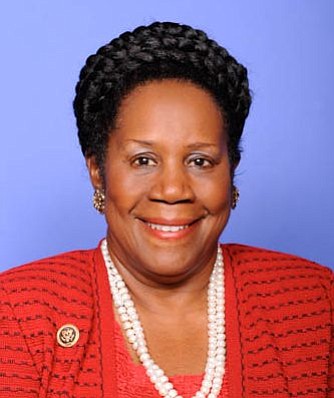 Washington, D.C. - Congresswoman Sheila Jackson Lee, a Senior Member of the House Committees on Judiciary, Homeland Security, and Budget, and the Ranking Member on the House Judiciary Subcommittee on Crime, Terrorism, Homeland Security and Investigations, released this statement announcing her support of Proposition A:

“It is critical to support Harris County Flood Control District Proposition A in the August 25, 2018 general election, which will support vital matching funds that are necessary to cure infrastructure weaknesses in Houston that were generated by Hurricane Harvey and preceding storms. It is crucial to do so, and a civic duty to once and for all move Houston and Harris County in to the 21st and 22nd century so that no longer a family is forced to hide from rising floodwaters on the second floor of their home; so that there are no more vanished homes; so that there are no more mud-filled homes; so that no businesses have to close; and, no more children are displaced. The devastation and loss of life left in the wake of Hurricane Harvey cannot be diminished, and the response by the government cannot be insignificant.

“For the last many seasons, Houston has been severely impacted by a series of hurricanes and tropical weather events which have left a lasting impact on the infrastructure of our fair city and Harris County writ large. From Ike, to Allison, to Rita and the horrific singular event of Hurricane Harvey—which dumped 51 trillion gallons of water on Houston and the surrounding areas—the impact of these storms is still reverberating throughout the Houston area. When Hurricane Harvey tore through broad swaths of Houston, estimates indicate that 52 inches of rain fell causing unimaginable damage. Hurricane Harvey is the largest housing disaster to strike the U.S. in our nation’s history. During Hurricane Harvey over 300,000 structures flooded in southeastern Texas, where extreme rainfall hit many areas that are densely-populated. At its peak on September 1, 2017, one-third of Houston, the nation’s fourth largest city, was underwater with 34,575 evacuees in shelters across Texas.

“Acutely felt was the 18th Congressional District—which saw serious damage from this natural disaster quagmire. Every section of the area, from Humboldt to Houston, was affected with lost homes, lives lost, and families torn apart. An enormous part of the rescue occurred in the 18th District in the waning moments of Harvey’s landfall: Congresswoman Sheila Jackson Lee joined the Houston Emergency Aid Coalition to work at the George R. Brown Convention Center and watched them help over 13,000 displaced Houstonians housed at the Brown Convention Center. This is in addition to the countless others housed at the NRG Center and at other shelters throughout the city.

“Indeed, Hurricane Harvey produced a housing emergency, displacing countless individuals, and separating children from their parents, and causing others to be separated from their families, and the deaths of at least 88 individuals. Among those lost were citizen heroes, and others who came from out of state and other cities to Texas and to Houston to rescue our neighbors. Tragically, not all could be saved, like Sgt. Steve Perez, a 34-year veteran of the Houston Police Department who died in the line of service. That is why in 2017 and 2018, Congress allocated a total of $104 billion in monies for which I advocated, to aid in the recovery effort. Money alone, however, will not prevent this type of tragedy from occurring again. This is why I am pleased that the response to Harvey included an acceptance of a county-wide study on how flooding occurs and how the bayous can be repaired based on their design and water flow. The time to act is now.”