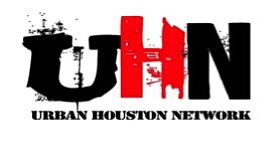 station in Northwest Houston. The Urban Houston Network aired its first newscast on April 1, 2011. The network aims to be “the voice and visual

reflection of the urban lifestyle in the Houston metropolitan area and beyond.”

Michael Bazile created Urban Houston Network in 2011. Bazile’s vision was to create a television network that represents his community. After Bazile passed away, his sister, Dr. Clara Brent, picked up where he left off.

“Most of all we want to glorify God,” says Dr. Brent.

Focusing on music and entertainment, Urban Houston Network’s channel aims to reach a wide audience of all ages. The station strives to promote urban culture in all facets of art and entertainment. UHN wants to make an impact in the community by promoting diversity and inclusion in their programming.

“We plan to make a positive name for ourselves, and add more people of color to the screen,” said Marsha Maxgeorge, UHN’s station manager.

The network has several exciting upcoming projects. UHN is currently in the process of developing a news team. The UHN News Team will keep Houstonians up to date on topics ranging from entertainment to Houston happenings.

As more people are turning to their laptops and smartphones to watch television, Urban Houston Network livestreams their broadcast so viewers can watch from anywhere. In today’s digital age, UHN plans to reach millennial viewers by creating an app that will launch next month. The official UHN app will be available for Apple and An-droid users.