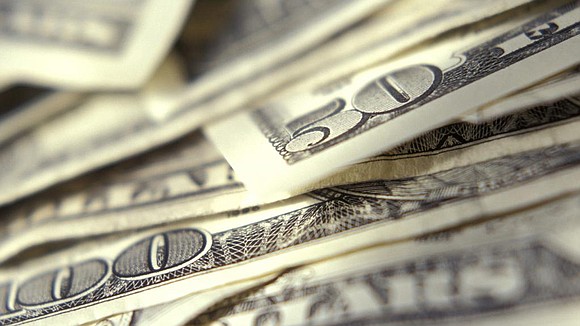 (CNN) -- We talk a lot about the gender pay gap in the United States. Rightfully so. It is shameful that women made only 80.5 cents for every $1 earned by their male counterparts in 2017, according to data from the Institute for Women's Policy Research. The troubling number has closed significantly since the Equal Pay Act became law in 1963, but progress has slowed despite the continued scrutiny of the issue.

Another disparity, equally disturbing and just as discriminatory, has not gotten the same kind of attention: the racial income gap. In 2016, the Pew Research Center released figures showing that college-educated black and Hispanic men earned 80% of the hourly wages earned by college-educated white men.

Many studies have illustrated the numerous contributors that feed the gender wage gap: unequal distribution of family and home responsibilities; a hesitancy to negotiate job offers; and my own research, which recently revealed one of the many ways women's work can be downplayed or overlooked.

But the academic literature has been slow to respond. There's much we don't know about the racial wage gap's underlying causes. The good news: we're starting to get some answers.

My research, recently published in the Journal of Applied Psychology, helps explain how the problem may surface for black candidates even before they begin a role with an organization. Salary negotiations are more troublesome than previously thought.

Previous research has demonstrated that black men expect lower starting salary offers and may not have the same foundation to confidently know what fair market value they can command. These are societal factors that also deserve additional attention, but at least, do not represent bad intent.

More troubling, however, is that hiring managers who negotiate with black candidates also bring their biases to the table.

Overt racism among hiring managers certainly still exists and must be combatted by legal means. But hiring managers must understand that they might bring societal biases they don't even recognize into negotiations with job candidates. Organizations should invest in diversity training to help hiring managers develop a greater self-awareness when evaluating what a candidate is worth.

However, we shouldn't expect the racial wage gap to be closed just by mandating diversity training. A check-the-box mentality rarely moves the needle.

Instead, the racial wage gap must become more a part of the everyday conversation, similar to what we've seen with the gender pay gap. Unfortunately, race is a sensitive issue, perhaps more inflammatory and divisive than gender. In America, even those not directly affected by the gender pay gap at least have a significant person in their life from the opposite sex, be it a spouse, significant other, parent, sibling, teacher or other influential presence, who is affected. These represent familial bonds that provide ample interaction and empathy to develop.

But race is different. Several facets of society, including education, neighborhoods and the workplace, remain segregated. We lack the equivalent bonding nature to bring people together to talk about challenging topics around race, and so it becomes much easier to disregard the enduring disparities.

The pay gaps present in American society today, whether based on gender or race, can no longer be solved with a legislative pen. Instead, we must each look at our individual actions and decipher which of our own decisions may reflect a societal bias, so we can close the gap one hire at a time.