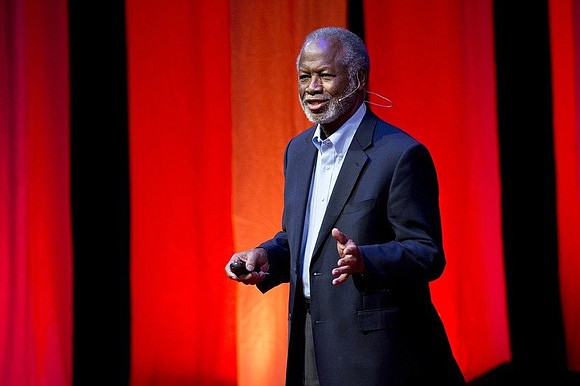 December 26, 2018 -- As 2018 comes to an end, we close out a 50 year period that began with the tumultuous 1968. This was the year Martin Luther King, Jr was assassinated; the year the Fair Housing Act passed; the year the Kerner Commision report revealed the cause of riots; and the same year John Carlos and Tommie Smith gave the Black Power salute at the Olympics.

50 year serves as a great opportunity to look back and see how far race in America has come and according to Race and Social Policy Research Center Director, Wornie Reed, “the bottom line is that we have not come very far, if at all, since 1968.”

Reed notes “Unfortunately, the data show that with all of this progress on the electoral front there was little if any relative improvement in the lives of African Americans. In fact, with the gutting of the Voting Rights Act by the U.S. Supreme Court in 2013, made 2018 one of the the worst years for voter suppression of African Americans and other minorities since 1968.”

Poverty: “This year marked the 50th anniversary of Martin Luther King’s Poor People’s Campaign when MLK put his life on the line to start a very aggressive push to force the country to address the issue of poverty. He said, “I choose to identify with the underprivileged. I choose to identify with the poor. I choose to give my life for the hungry. I choose to give my life for those who have been left out…This is the way I’m going.” We called the rate of poverty an outrage then. It is worse now. The numbers and proportions of people in poverty in the United States have increased since 1968.”

Housing: “In 2008 the National Commission on Fair Housing and Equal Opportunity, co-chaired by former Housing and Urban Development (HUD) Secretaries, Democrat Henry Cisneros and Republican Jack Kemp, investigated the state of fair housing. To assess progress since the Fair Housing Act of 1968, the Commission held hearings for six months in five major cities. They concluded that ongoing discriminatory practices in the nation’s housing and lending markets continued to produce residential segregation.”

“Despite this bipartisan assessment, the current Administration is scaling back fair housing enforcement and moving to make it more difficult to find patterns of discriminatory or predatory lending. They have passed legislation to exempt banks from their obligation to collect and provide data routinely collected on their lending processes.”

Economics: “The Great Recession of 2007-8 was far worse for African Americans. Black homeowners had a higher percentage of their wealth tied up in home equity, and they were much more likely to be victims of predatory lending during the housing boom. Blacks and Latinos were more than twice as likely as comparable whites to receive high-cost loans. African-Americans have lost over half of their wealth since the beginning of the recession through falling homeownership rates and loss of jobs.”

“African American families are continuing to fall behind whites in building wealth -- how much a family has in savings, investments, real estate, and cash, less any debts. White family wealth was seven times greater than black family wealth in 2016. Despite some fluctuations over the past five decades, this disparity is as high or higher than was in 1963.”

“Further, there has been no reduction in labor market discrimination. At the Race and Social Policy Research Center at Virginia Tech, we analyzed the income of all black and white full-time workers in the United States between 1967 and 2005. Controlling for education, we found that for every dollar a white worker earned in 1967 a black worker earned 65 cents. In 2005 a black work earned 66 cents for every dollar that a white person earned, not a real increase.”

Sports: “During the last 50 years African Americans have become even more prominent in sports, with four current stars arguably considered the best of all time in their respective sports: Simone Biles in gymnastics, Serena Williams in Tennis, Tiger Woods in golf, and Lebron James in Basketball. Nevertheless, just like in 1968 black athletes are protesting racial discrimination. Two years ago Colin Kaepernick took a knee to protest the disproportionate use of police force against African American males and related issues, That protest was joined by other African American athletes, in football and other sports. And some of it continues.”

Kerner Commission Report: “One month before Martin Luther King was assassinated, the Kerner Commission released its report. This Presidential commission investigated the riots and disorders of the mid-1960s and reported what MLK called a “physician’s warning of approaching death, with a prescription for life.” The Commission offered the most forthright analysis and discussion of the racial situation in America that has ever been done by a high-level commission or committee.”

“The Kerner Commission stated that “White racism is essentially responsible for the explosive mixture which has been accumulating in our cities since the end of World War II.” And they continued, “What white Americans have never fully understood but what the Negro can never forget—is that white society is deeply implicated in the ghetto. White institutions created it, white institutions maintain it, and white society condones it.””

“The Kerner Commission concluded that the United States had three options for dealing with the situation. One was to do nothing, which was not acceptable. A second option was to work on improving black ghettoes, which was useful but not desirable. The third was to integrate cities, suburbs, and transportation to workplaces (factories and plants). Many Americans thought we would choose the third option and be on our way to a better America. However, one month later Martin Luther King was assassinated, blacks rioted all over America, and the narrative changed—from correcting what white society had wrought to blaming it all on the problematic culture of black folks. To this day we have not overcome the political and policy effects of that narrative.”