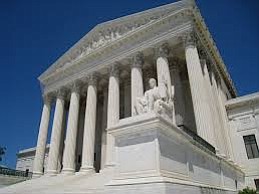 Austin, TX.—Does the Texas Constitution protect the right of all Texans to earn an honest living free from unreasonable government interference or just some? That is the subject of a Texas Supreme Court petition filed late yesterday by the Institute for Justice (IJ) on behalf of three Texas craft breweries. The breweries and IJ first teamed up in 2014 to challenge a law that makes it illegal for craft breweries to sell distribution rights to distributors.

In 2016, IJ and the craft brewers won at the trial court when a Travis County judge declared the law unconstitutional. But in December 2017, the Third Court of Appeals in Austin reversed, holding that the craft brewers had no constitutional claim because the law did not completely prevent them from operating. In other words, according to the appeals court, unless an economic regulation puts you entirely out of business, you have no constitutional rights. This is like ruling that the First Amendment right to free speech is triggered only if the government bans a whole book, rather than just censoring a chapter.

Craft brewers are now asking the Texas Supreme Court to take up the case. “The appellate ruling is a profound threat to the economic liberty of all individuals, entrepreneurs and business owners in Texas,” said Arif Panju, managing attorney of IJ’s Texas office. “If left standing, the ruling would insulate most economic regulations from constitutional review.”

Added IJ Senior Attorney Jeff Rowes: “In 2015, the Texas Supreme Court resolved decades of confusion by ruling that the Texas Constitution protects the economic liberty all Texans from oppressive regulation. The Texas Supreme Court should take up the craft brewers’ case to make clear again that the government may not pass a law at the expense of entrepreneurs and the public just to benefit the financial interests of connected industry insiders.”