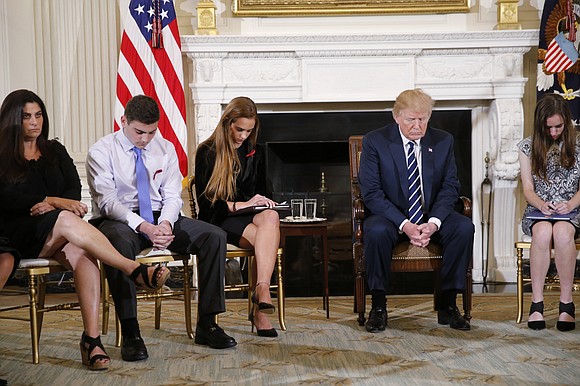 “Nikolas Cruz was able to purchase an assault rifle before he was able to buy a beer,” said Stoneman Douglas student Laurenzo Prado, referring to a Florida law that allows people as young as 18 to buy assault weapons. Students galvanized by the deadly mass shooting at the Florida high school confronted lawmakers with demands to restrict sales of assault rifles, while President Donald Trump suggested arming teachers as a way to stop more U.S. rampages.

Two weeks before a gunman fatally shot 17 people at a Florida high school, Bill Lee, the president of the state’s school administrators association, warned that Florida’s schools were vulnerable to just such an attack. “It’s not a matter of if, but when,” he wrote in the Orlando Sentinel on Jan. 29, calling on legislators to increase school security spending after two January school shootings in other states.