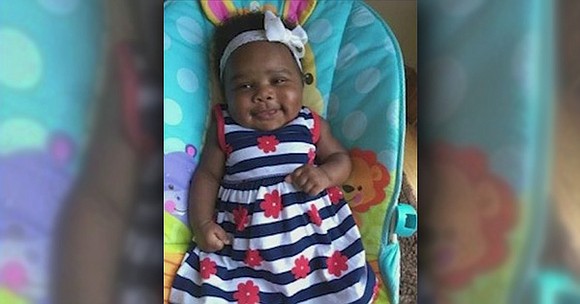 Chicago, IL — A 27-year old man has filed a wrongful death lawsuit against the foster care provider who he claims ignored his rights as a parent which contributed to the death of his 9-month old daughter.

Cherish Freeman was just 9-months old when she died allegedly because of her mother. According to the police report, Shanquilla Garvey, her 24-year-old mother, threw her into a dresser drawer and onto the floor at the Joliet motel on December 20, 2017.

Justin Freeman, the baby’s father, is suing Safe Families for Children, an independent non-profit organization that is alternative to foster care provider.

Both parents voluntarily put Cherish into the care of Safe Families in September as they are unable to take care of her at the time. They agreed that consent of both is required to be able to take her out of the foster care.

Freeman accused the organization of negligence because when he got a job and wanted to get Cherish, they wouldn’t let him and said both parents should agree. But they let Garvey alone release Cherish without his consent.

“He knew it was a bad environment that she was in and who she was hanging around with, and there were previous allegations against her with the father of her other children. He expressed that concern and that concern went ignored,” attorney Kevin O’Connor said.

“If custody had been placed with him instead of the mother, the child would be alive now,” attorney Jeffery Leving said.

In a statement, Safe Families for Children did not comment further about the lawsuit and only said, “we were deeply saddened to hear about the recent death of Cherish… parents voluntarily seek our help and retain full custody of their children. At any point in a hosting, parents can request that their children return home.”

Garvey is charged with aggravated battery without bail and is in custody at the Will County Jail.