#PoweringGood: The Outdoor Power Equipment Industry Helps Others Give Back 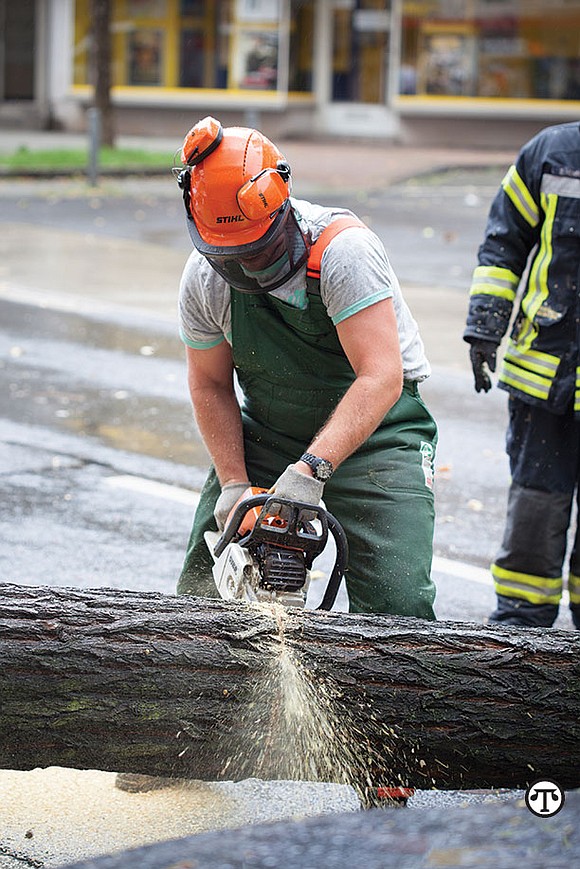 Digging out after a winter snow storm can be a lot of hard work. But thanks to many people who use their snow throwers to clear not only their own driveway, but also their neighbors’, the job is made easier.

Kris Kiser, President and CEO of the Outdoor Power Equipment Institute (OPEI), says he hears stories every winter about neighbors using snow throwers to help each other after storms. “We know of a 77-year-old man in New York named Pat Papa, for example, who uses his Ariens snow thrower to dig out his own driveway, then he clears seven other driveways on his street just because that’s what good neighbors do!”

Kiser said this spirit of giving back and helping out is part of what knits together communities across the country. “Outdoor power equipment is often the thread that connects neighbors and communities,” explained Kiser.

The spirit of giving remains strong throughout the year. The impact of outdoor power equipment to do good can be seen in the aftermath of the blizzards of winter, the tornadoes of spring, the wildfires of summer or the hurricanes of fall.

Nonprofit organizations like Team Rubicon, AmeriCorps Disaster Response Teams, Baptist Disaster Relief Teams, and other organizations train and organize entire chainsaw crews to deploy in the aftermath of disasters, knowing the good that fast-moving saws can do. They use their chainsaws to clear roadways of trees and trim debris into manageable pieces – ultimately helping crews get power lines back up and running quickly.

“These do-gooders – from organized groups to individuals like Sister Margaret Ann who started clearing debris herself in Miami after Hurricane Irma – play a vital role in recovery,” said Kiser. “They make it possible for their devastated communities to get back to normal faster.”

After one of the most active hurricane seasons on record, the steady hum of generators is also part of the post-disaster landscape. When the grid is knocked out by strong storms, generators stay on, powering the heating and cooling infrastructure, as well as communication systems, that communities need. Smaller units power air conditioning or heating systems, appliances, lights, phones and even laptops. Larger backup generators keep emergency response operations and hospitals up and running. And as residents and public safety officers respond to flooding after a major storm, engine-powered water pumps help dry out homes and businesses.

“The reality is that outdoor power equipment powers good in so many ways,” noted Kiser. Amid all the stories of neighborly acts with snow blowers and lawn mowers, larger community efforts also emerge. For example, the non-profit Greencare and Snowcare for Troops programs arrange for landscapers to mow lawns and clear driveways for deployed and injured military service members and their families.

In response to Hurricane Harvey, which devastated parts of Texas, generator manufacturers Briggs & Stratton, Generac, and Kohler ramped up production and deployed inventory, technicians, and spare parts as close as possible to the disaster zone.

“It takes an industry with heart to power good, and we’d like to hear more examples of how people are using the equipment our industry makes in positive ways,” said Kiser. If you have an example of “powering good” – ways outdoor power equipment like lawn mowers, chainsaws, generators, and snow throwers are helping people – share it using #PoweringGood on Facebook or Twitter.