The Autobiography of Charles 67X * Poetry and photographs by Askia Muhammad 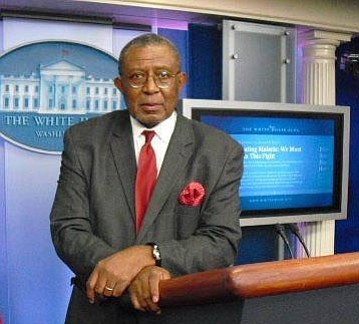 Who in the world is Charles 67X?

Born Charles K. Moreland, Jr., in Indianola, Mississippi, he exchanged the "slave name" Moreland for the Nation of Islam's "X," as in "unknown quantity," as in "ex-Negro," as in "Charles 67X."

He's now Askia Muhammad, a poet and photojournalist, and he's used beauty and skill in the Autobiography of Charles 67X, to weave readers through more than six decades of perplexities of unresolved institutional racism and his methods to challenge and defy it.

This explosive collection of poetry and photographs follows Muhammad on a remarkable journey through his early life of self-development, that awakens the boundaries of his social, spiritual and political consciousness.

Armed with love for his mother and grandmother during a period of social and political unrest, Muhammad recalls his childhood paper route and even the terror of 3 a.m. beatings; selling the Muhammad Speaks newspaper, and attending Garvey Day Parades.

His writing is revealing, transparent and painful, yet he manages to create a simple exegesis of poetry that flows like music, warming the soul, evoking painful memories and a peace that comes from the mastery of life. He shares with readers a stunning story of family, human hardships, social breakthroughs, survival, and his love for Black girls, as seen in "Prime Time Poem." He lived life His Way.

His works are deep and turbulent. He is unmoving, unbreakable, following his own path, yet like "Spade" the "Ninja," in his "Anthony Houston" poem, he is not afraid.

Muhammad's "Whisky A-Go- Go," is both entertaining and rhythmic. He deliberately examines the political climate of the 1960's and the American culture that takes him from the dark shadows of being a young Negro living in the dramatic Civil Rights era to one that rewards him and other Black journalists with "full employment" after the murder of Dr. Martin Luther King Jr. in 1968.

In "Assassination," Muhammad captures our thoughts; quiets our minds; evokes fear and memories of what happens to great men and women who are freedom fighters.

His poetry includes commentary on economics, education, politics, labor, law, religion, entertainment, and war. He reminds readers that Black men fought in every American war, and yet are still without full citizenship in this country, in now the 21st Century.

Muhammad is gentle, yet fierce and determined; explosive and loving at the same time. He's laid back, giving, watchful; seeking high intelligence. Defiance labeled him as persona non-grata. However, he is equally yoked with the humane attributes of a round-the-way Mississippi boy.

He is Askia; Brother Askia Muhammad.

There are more than three dozen original photographs in this volume, including:

Dr. Carlton Goodlett and Journalist Ethel Payne: Renowned journalists in January 1975 at the home of Virgin Islands Governor Cyril James. Beautiful, intellectual media people. Born to tell it like it is; Destined to be heard.

Cesar Chavez: "Freedom is best experienced through participation and self-determination, and free men and women instinctively prefer democratic change to any other means," Cesar Chavez, He Showed Us The Way.

Barack Obama: This photo, had it been shown or published a decade ago, would have literally changed the outcome of the 2008 presidential election. It depicts a warm and friendly encounter between Illinois Senator Barack Obama and Nation of Islam Minister Louis Farrakhan taken at a Congressional Black Caucus meeting at the U.S. Capitol in 2005.

Sister Brenda D. Muhammad is the Mid-Atlantic and Eastern Regional Student Protocol Director for The Nation of Islam, in Washington, D.C. She is a Contributing Writer for The Final Call Newspaper, and also a Professor of Communication.