Book Challenges Concepts of Nature of Reality, What Is Truth

Richard Lanoix, MD releases ‘The Twin Flames, the Master, and the Game: A Journey to Enlightenment’ 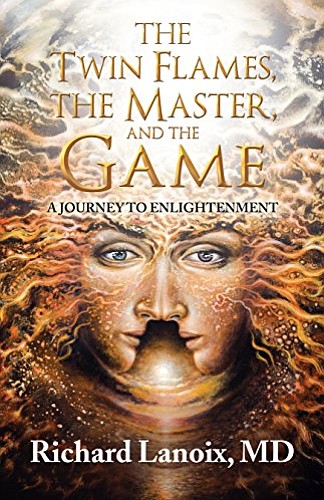 NEW YORK — Richard Lanoix, MD considers the exploration of consciousness and creativity to be the most important thing in his life, and he has dedicated his life to this endeavor. “The Twin Flames, the Master, and the Game: A Journey to Enlightenment,” (published by Balboa Press) his first novel, is a monument to this endeavor.

This is an epic love story and thriller that takes place over many lifetimes and depicts the hero’s journey to enlightenment. Orfeo and Carina are “Twin Flames,” souls that have been together since the beginning of time, and they are merged in Consciousness. At one point, Orfeo cannot find Carina, so he returns to the earth-realm to find her. After many lifetimes, they are reunited, and Orfeo learns that it was him that was lost, not her.

Carina makes Orfeo aware of the battle of consciousness that is taking place between the forces of Light (the Resistance) and the dark forces, led by the Master, whom they believe is attempting to obstruct humankind’s path to consciousness and imprison them in the earth-realm. After many plot twists, Orfeo learns about the true nature of reality. He then tries to share this truth with Carina, who cannot accept it because she believes that he has been brainwashed by the Master. This impasse jeopardizes their eternal love and return to Consciousness.