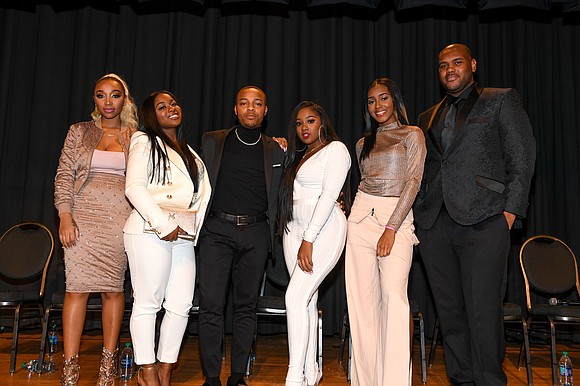 Following the screening the Growing Up Hip Hop: Atlanta cast gave the audience insight into the upcoming season with a Q&A, moderated by Gary with Da Tea from the Rickey Smiley Morning Show. While avoiding any spoilers, the cast revealed that Season 2 is all about their growth as individuals, particularly for Reginae and Shaniah establishing themselves beyond their famous parents' careers; and professionally, with Bow Wow and Zonnique working on new music; Brandon developing two new R&B groups; and Ayana developing her clothing line. The cast also hinted at a focus on exploring past issues between Bow Wow and mentor Jermaine Dupri; and Zonnique and Reginae, who are working to recreate the bond they once shared.

After the screening, the Growing Up Hip Hop: Atlanta stars and their guests headed to new Atlanta nightspot Revel, where they recreated a vibe worthy of JD's hit "Welcome to Atlanta" with music by DJ Infamous. The near-capacity party crowd included a few more recognizable faces with "Love & Hip-Hop: Atlanta" stars Erica Dixon and Estelita; producer Mr. Hanky; rapper Silento and more coming out to celebrate the show's new season.