Was popular, well-respected among players, staff and media during 32 seasons in Houston 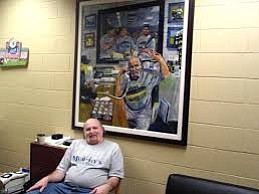 During his long tenure in Houston, Liborio was a popular and well-respected figure with many generations of Astros players, managers, coaches, front office staff and Houston media members. He was a part of nine playoff teams, culminating with a trip to the World Series in 2005. He also served as the NL equipment manager for the 1986 and 2004 All-Star Games. In 2011, the Major League Baseball Equipment Managers Association presented Liborio with a ring prior to an Astros game at Minute Maid Park to recognize his long, distinguished career in baseball.

Prior to joining the Astros in November of 1979, Liborio had stints as a batboy and clubhouse attendant with the Boston Red Sox and Los Angeles Dodgers, respectively.

Astros President of Baseball Operations, Reid Ryan, released the following statement: “Dennis was an institution in Houston. He was revered by the Astros players, who saw him not only as one of the best clubhouse managers in baseball, but also as a friend, father-figure and confidant. We will be forever grateful for his dedication and his contributions to the Astros organization. We send our heartfelt condolences to his wife, Geraldine, and to his many friends and admirers.”

Ryan served as an Astros batboy in the 1980’s while his father, Nolan, pitched for the club.

Liborio was the clubhouse manager for the entire playing careers of Hall of Famers Jeff Bagwell and Craig Biggio, and for all of Hall of Famer Ryan’s Astros career as well.

“This is an extremely sad day,” Biggio said. “Dennis was truly one of my best friends. Behind every successful team, there is a great clubhouse man. That’s what Dennis was for us. It was unbelievable how good he was at his job. Anything you needed, he got for you. But, the best part about Dennis was that he was an awesome human being. He will be missed.”