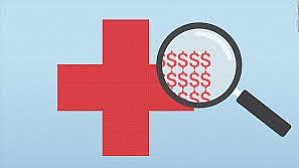 HOUSTON - The Houston Health Department (HHD) recommends area residents take precautions against heat-related illnesses as temperatures are expected to reach the upper 90s during the next few days.

High body temperatures can lead to damage to the brain or other vital organs and even death. Seven people in the Greater Houston area died due to heat-related illnesses during the 2017 summer months.

Increase water consumption. Drink lots of liquids even before getting thirsty, but avoid those with caffeine, alcohol or large amounts of sugar because these can result in the loss of body fluid.

Conduct outdoor work or exercise in the early morning or evening when it is cooler. Outdoor workers should drink plenty of water or electrolyte replacement beverages and take frequent breaks in the shade or in an air-conditioned facility. Those unaccustomed to working or exercising in a hot environment need to start slowly and gradually increase heat exposure over several weeks.

Do not leave children, senior citizens or pets unattended in a vehicle.

A wide-brimmed hat helps prevent sunburn as well as heat-related illness. Sunscreen also protects from the sun’s harmful rays and reduces the risk of sunburn.

If the house is not air-conditioned, seek accommodations in air-conditioned facilities during the heat of the day: multi-service centers, malls, movie theaters, libraries, etc.

Take frequent cool baths or showers if your home is not air-conditioned.

Stay alert to heat advisories. The National Weather Service declares a Heat Emergency when the heat index, a computation of the air temperature and humidity, reaches 108 degrees on two or more consecutive days. A heat index of 108 is a potential health threat for all people and is particularly dangerous for high-risk groups.

People particularly vulnerable to heat-related illnesses include the elderly, infants and children up to age 4, those who are overweight and people with heart and respiratory illnesses.

Heat-related illness can also occur at lower temperatures if people over exert themselves or don’t stay hydrated.