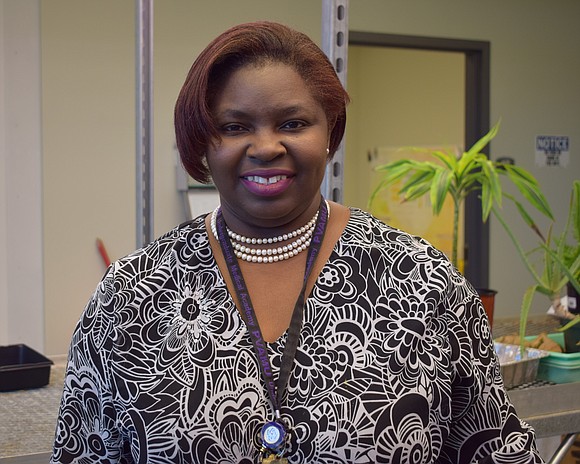 The National Science Foundation (NSF) awarded Dr. Yolander Youngblood, assistant professor of Biology at Prairie View A&M University, a $300,000 grant to study the weed Amaranthus palmeri. Amaranthus palmeri is an aggressive weed that is native to our part of the U.S.

“This particular plant is considered to be a nuisance weed to some, one that invades cash crops like corn and wheat. It is also important as it can serve as a source of food,” said Youngblood, who serves as principal investigator on the three-year project. Youngblood and a select group of undergraduate students will use different combinations of acetic acid, which is the active ingredient in vinegar, as an organic pesticide to determine which amount will work best with keeping the A. palmeri invasion under control while causing the least amount of change to the environment.

“So, there are two versions of A. palmeri, one that is resistant to traditional pesticides, and one that is not,” said Youngblood. “The information we learn from this study will give us significant information in evolutionary science because the two versions evolved in a relatively short period. The genomic data will provide insight into these evolutionary changes. The results will also affect other weeds, because applying acetic acid at the right time and using it as an organic weed control will serve as a model technique and practice for producers, and it will lower their costs while increasing productivity.”

Not to mention, this project will benefit PVAMU as well. “It is one step in the right direction to focus on our University’s research agenda,” said Youngblood. “The students who participate will gain the needed experience and hands-on knowledge to help them in the professional world. It will also help them be more competitive when it comes to applying for graduate and professional school.”

The grant is a part of the NSF’s Historically Black Colleges and Universities-Undergraduate Program (HBCU-UP) Research Initiation Awards (RIAs), which provide support to STEM faculty at HBCUs to pursue research at their home institution, research-intensive institution, a national laboratory, or an NSF-funded Center like the Center for Computational Systems Biology at PVAMU. The genomic data will be examined there.

-This story by Marchita Shilo originally appeared in Academic Insights.