Primaries in Maine, Nevada, North Dakota, South Carolina and Virginia: What to watch 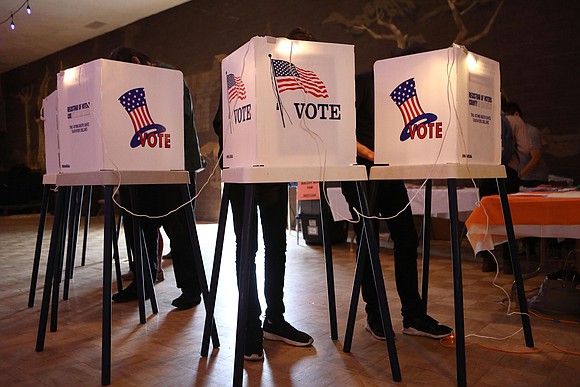 Five states head to the polls on Tuesday in primary elections that will set up some of the most critical contests to determine control of Congress next year.

(CNN) -- Five states head to the polls on Tuesday in primary elections that will set up some of the most critical contests to determine control of Congress next year.

Two of the most vulnerable senators -- a Republican in Nevada and a Democrat in North Dakota -- will have challengers by the end of the night.

In South Carolina and Virginia, Republican voters will decide if they want to punish representatives who haven't fully embraced President Donald Trump. Democrats in Nevada and Maine are picking candidates they need to turn the tide on GOP-controlled Washington.

Here's a closer look at what to watch tonight:

ANOTHER TRUMP CRITIC IN TROUBLE: Just one week after Republican Rep. Martha Roby was forced into a runoff in Alabama over her 2016 disavowal of Trump, South Carolina's Sanford might face a similar fate. Sanford is facing a strong primary challenge from state Sen. Katie Arrington, who has attacked him for criticizing Trump and has alluded to his adulterous past, saying in an ad that "it's time for Mark Sanford to take a hike — for real this time." Sanford only won re-nomination by 4,000 votes in 2016, but he has also demonstrated a remarkable ability to weather political storms and controversies over the years.

WILL PARNELL WIN? Sanford is not the only politician in hot water in South Carolina. In the state's 5th Congressional District, embattled Democrat Archie Parnell -- who narrowly lost a 2017 special election -- remains on the ballot, despite recently admitting to domestic abuse in the 1970s, news which rocked his campaign and likely spoiled a long-shot Dem pick-up opportunity if Parnell advances.