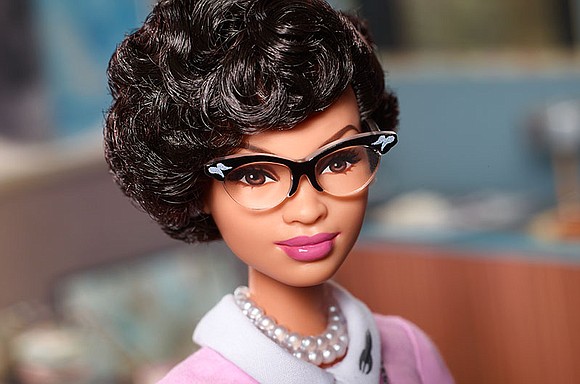 A once-"hidden figure" from NASA's history is being celebrated by one of the most well-known toy lines in the world. NASA mathematician Katherine Johnson, whose real-life experience as an African American "human computer" was depicted in the 2016 movie "Hidden Figures," is among the first three historical figures to be honored in Barbie's "Inspiring Women" doll series. The new line was revealed ahead of International Women's Day will come packaged with educational information about the contributions each woman in the series made to society and their respective fields. The Barbie "Inspiring Women" Katherine Johnson doll honors "the achievements of a pioneer who broke through barriers of race and gender," said Mattel. Mattel's initial Barbie Inspiring Women line includes Amelia Earhart, Frida Kahlo and Katherine Johnson.