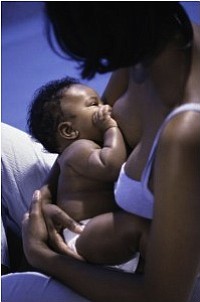 Breastfeeding has been known to come along with an over-supply of benefits for the mother. From weight-loss, speedy after-birth healing, decreasing breast and ovarian cancer risks, healthy hormone releases and now a source for prevention to Type 2 Diabetes.

“We found that a longer duration of breastfeeding was associated with a substantially lower risk of type 2 diabetes in women,” said lead study author Erica Gunderson.

In fact, women who breastfed more than six months had about half the risk for type 2 diabetes as did women who never breastfed, according to Gunderson. She is an epidemiologist and senior research scientist with Kaiser Permanente Northern California’s division of research in Oakland.

In babies, breastfeeding has been linked to a reduced risk for infections, type 1 and type 2 diabetes, some cancers and childhood overweight and obesity.

In mothers, breastfeeding helps return to pre-pregnancy weight and decrease postpartum blood loss and menstrual blood loss. Breastfeeding has also been associated with a lower risk of breast and ovarian cancer in mothers, according to the American Academy of Pediatrics.

The new study began 30 years ago when researchers recruited young women, then 18 to 30 years old, for a study on heart disease. During that study, researchers also gathered information on pregnancy and breastfeeding. They also tested the women every five years for diabetes.

That produced information on more than 1,200 women for the new study. Half were black, and half were white. All had at least one live birth.

The researchers adjusted the data to account for other factors that could affect a woman’s risk for type 2 diabetes. These included income, education, weight, diet quality, physical activity, medication use and other health conditions.

By the end of the 30-year study, 182 of the women had developed type 2 diabetes.

Women who breastfed for 6 to 12 months had a 48 percent lower risk for type 2 diabetes than women who never breastfed, the findings showed.

The protective effect of breastfeeding didn’t differ by race or the presence of gestational diabetes, the study found.

Although the study cannot prove a cause-and-effect relationship because it was observational, the researchers suspect that breastfeeding quickly returns the body to a more normal metabolic state. Other studies have shown that when women breastfeed, their triglycerides (a type of blood fat) and blood sugar levels return to normal more quickly. Breastfeeding moms also secrete less insulin and use fat tissue stores.

However, she added that larger studies need to be done to duplicate the findings and to better understand the mechanism behind the protective effect.