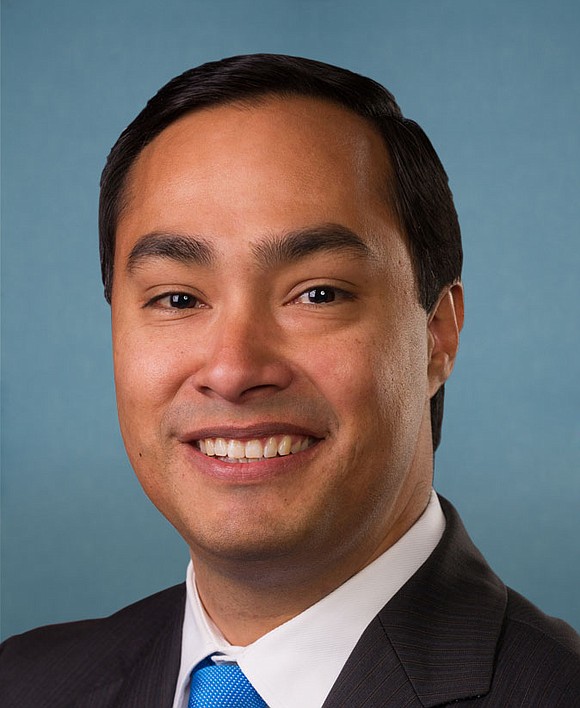 This event is co-hosted by the Baker Institute’s Mexico Center and Latin America Initiative. Registration for the general public costs $15 and can be submitted at www.bakerinstitute.org/events/1930.

Tony Payan, the Francoise and Edward Djerejian Fellow for Mexico Studies at the Baker Institute and director of the Mexico Center, will moderate a brief question-and-answer session following Castro’s remarks.

What: An event titled “The U.S. Role in Latin America: A Conversation With the Honorable Joaquin Castro.”

Elected in 2012, Castro represents Texas’ 20th Congressional District, which covers a large portion of San Antonio and Bexar County. Now in his third term, Castro serves on the House Permanent Select Committee on Intelligence as well as the House Foreign Affairs Committee. He is a member of the House Democratic leadership as chief deputy whip and was co-president of the House freshman Democrats in 2013. Castro previously served in the Texas Legislature, winning his first election in 2002 at age 28. He was a five-term state representative for District 125 before his election to Congress.

An archived webcast will be available after the event at https://www.bakerinstitute.org/videos.

For a map of Rice University’s campus with parking information, go to www.rice.edu/maps. Media are advised to park in the Central Campus Garage.

Founded in 1993, Rice University’s Baker Institute ranks among the top three university-affiliated think tanks in the world. As a premier nonpartisan think tank, the institute conducts research on domestic and foreign policy issues with the goal of bridging the gap between the theory and practice of public policy. The institute’s strong track record of achievement reflects the work of its endowed fellows, Rice University faculty scholars and staff, coupled with its outreach to the Rice student body through fellow-taught classes — including a public policy course — and student leadership and internship programs. Learn more about the institute at www.bakerinstitute.org or on the institute’s blog, http://blogs.chron.com/bakerblog.

Located on a 300-acre forested campus in Houston, Rice University is consistently ranked among the nation’s top 20 universities by U.S. News & World Report. Rice has highly respected schools of Architecture, Business, Continuing Studies, Engineering, Humanities, Music, Natural Sciences and Social Sciences and is home to the Baker Institute for Public Policy. With 3,970 undergraduates and 2,934 graduate students, Rice’s undergraduate student-to-faculty ratio is just under 6-to-1. Its residential college system builds close-knit communities and lifelong friendships, just one reason why Rice is ranked No. 1 for quality of life and for lots of race/class interaction and No. 2 for happiest students by the Princeton Review. Rice is also rated as a best value among private universities by Kiplinger’s Personal Finance. To read “What they’re saying about Rice,” go to http://tinyurl.com/RiceUniversityoverview.