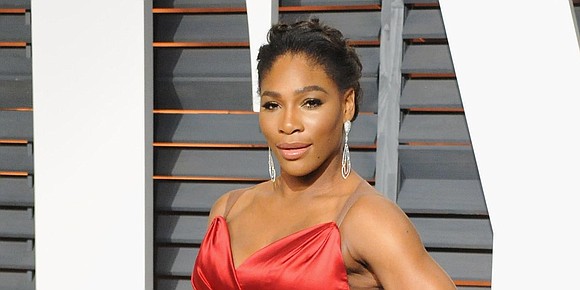 (CNN) -- Is tennis doing enough to help mothers returning to the sport after giving birth?

Serena Williams' return to tennis after becoming a mom has prompted a seedings debate, with new Miami Open tournament director James Blake saying the record 23-time grand slam winner had been "punished" for wanting to start a family.

This after Williams -- who is an eight-time winner at the event close to her home in Palm Beach Gardens, Florida -- receiving a tough draw at the Miami Open.

As she is currently ranked 491st and thus unseeded, the American doesn't have a bye in Miami and can face almost anyone in the first round, apart from seeds that did receive byes.

She ended up drawing Indian Wells champion Naomi Osaka and if Williams wins that tough one Wednesday, the 36-year-old would confront fourth seed Elina Svitolina -- who knocked the American out of the Rio Olympics in 2016.

Unseeded in Indian Wells, too, Williams met big sister Venus in the third round, their earliest encounter since their very first meeting in the second round of the 1998 Australian Open.

Had Williams been seeded using her protected ranking of 22nd in Miami -- Osaka ironically is currently ranked 22nd -- she would have benefited from a bye in the first round and not met another seed until the third round at the earliest.

'They should be protected'

Currently players who hold a protected ranking for any reason -- on both the men's and women's tours -- can't be seeded even if their protected ranking merits it and Blake told AFP: "For someone who goes on maternity break, they should be protected. These kind of things shouldn't happen. She has won this title so many times that she needs protection.

"It's not as if she left because of injury and lost her passion for the game. She had a kid which we should all be celebrating so when she comes back there should be a grace period where she can still be seeded.

"It's a kind of punishment which is tough."

Blake -- a former world No. 4 who was appointed Miami tournament director in January --- hopes the tour goes back to the rule in which players who are away from the game for a long spell can be seeded.

"I hope they revisit those talks although it will be too late for (Williams) unless she decides to have another child," he said.

"I may be complaining about it but she never would. She is looking forward to every day as a new challenge and that's what makes her such a good champion.

"But for me, from the outside looking in, it makes sense to protect someone who goes on maternity leave and help her get the benefit of an easier draw and a better path."

CNN didn't immediately hear back from the WTA when asked for comment on Blake's stance.

'Should not be penalized'

"This match should not be happening in a 3rd round," the Australian wrote on Twitter. "Serena (and all mothers) should be protected by the WTA and allowed to use their protected ranking for seeding, if applicable. Women should not be penalized for giving birth by starting from zero."

The player Cahill coaches -- world No. 1 Simona Halep -- added that Williams should have been the top seed in Indian Wells because when she contested her last tournament before stepping away from the game, she was ranked No. 1.

That was at the 2017 Australian Open, when Williams in the early stages of pregnancy beat Venus in the final.

Victoria Azarenka, a two-time grand slam winner, similarly wasn't seeded when she returned to tennis in 2017 after giving birth in late 2016. Azarenka was ranked fifth in her last tournament prior to her time away from tennis due to her pregnancy.

This year's Miami Open marks the tournament's farewell from its current base on Key Biscayne. It will next year move to the Hard Rock Stadium, home to the NFL's Miami Dolphins.