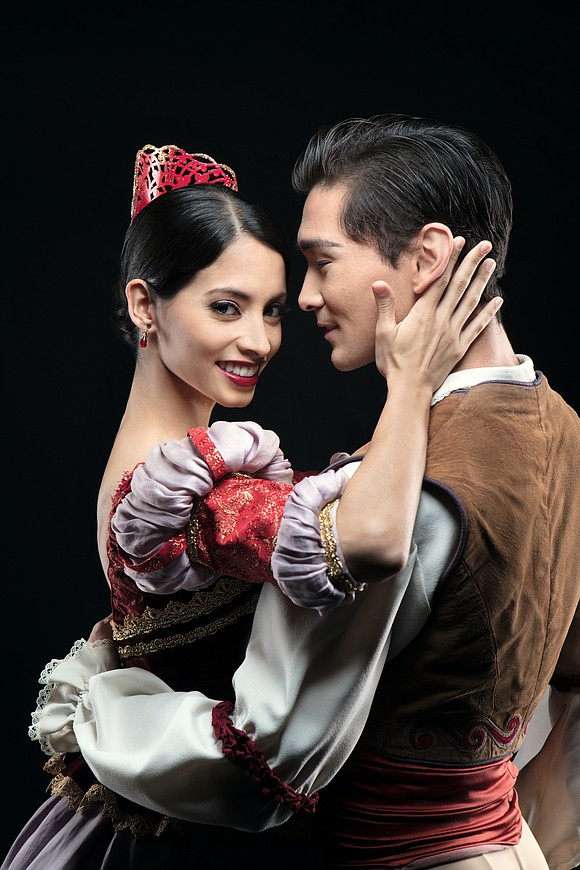 HOUSTON, TEXAS [March 22, 2017] — Houston Ballet presents the much-anticipated return of former Artistic Director Ben Stevenson’s Don Quixote, a thrilling revival of the classic tale, gracing the stage for the first time in more than a decade. Houston Ballet continues their Hometown Tour in venues across the city, performing this exciting ballet at The Hobby Center for the Performing Arts April 13-15, 2018.

Enjoy the charm of 17th century Barcelona, Spain, brought to life onstage from the pages of the original novel by Miguel de Cervantes. The comical tale follows elderly adventurer Don Quixote in his search for his idyllic woman, Dulcinea, as he is caught between the budding romance of temperamental Kitri and mischievous Basilio. Audiences are sure to love this famously jovial ballet, full of dazzling choreography, stunning sets, and gorgeous costumes.

To learn more about this production, join Houston Ballet for the upcoming Dance Talk “Restaging A Classic” on Tuesday, April 3 at 7:00pm at the Houston Ballet Center for Dance. Audiences will get a behind-the-scenes take on the production from Houston Ballet soloist Monica Gomez (Kitri) and principal Charles-Louis Yoshiyama (Basilio) as they discuss this beloved ballet with former Houston Ballet principal Lauren Anderson, who starred as the original Kitri.

Houston Ballet has evolved into a company of 60 dancers with a budget of $33 million, making it the country’s fifth largest ballet company. With a state-of-the-art performance space built especially for the company—also the largest professional dance facility in America—Houston Ballet’s $46.6 million Center for Dance opened in April 2011, with an endowment of just over $74.1 million (as of July 2017).

Australian choreographer Stanton Welch AM has served as Artistic Director of Houston Ballet since 2003, raising the level of the company’s classical technique and commissioning works from dance makers such as Christopher Bruce, Alexander Ekman, William Forsythe, Jiří Kylián, Trey McIntyre, Julia Adam, Edwaard Liang and George Balanchine. Executive Director James Nelson serves as the administrative leader of the company, a position he assumed in February 2012 after serving as the company’s General Manager for more than a decade.


Houston Ballet has toured extensively both nationally and internationally. Over the past fifteen years, the company has appeared in renowned theaters in London, Paris, Moscow, Spain, Montréal, Ottawa, Melbourne, New York City, Washington, D.C., Los Angeles, and in cities large and small across the United States.

Houston Ballet’s Education and Community Engagement Program reaches more than 60,000 individuals in the Houston area annually. Houston Ballet Academy teaches more than one thousand students every year, and approximately 50 percent of the current company was trained by the Academy.