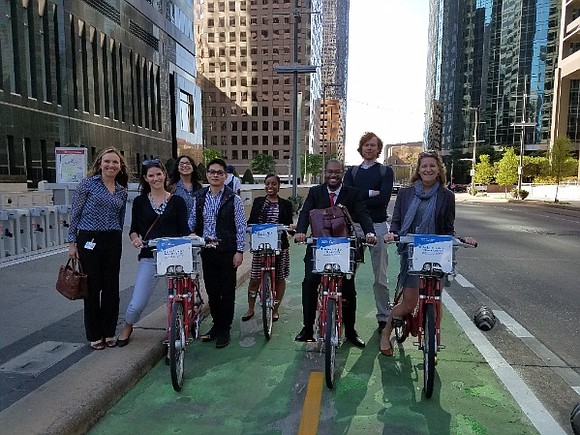 “The Houston Bike Plan provides a guide toward creating a safer and more accessible city that can be enjoyed by anyone who wants to ride a bicycle. I am proud of our accomplishments thus far but know there is much more to do,” the mayor said.

“Houstonians want more choices to connect safely to their jobs, parks and services other than using their car as evidenced by the growing bikeway efforts across our city. We have seen a rise in the number of people biking on greenways or biking on BCycles, and an increasing turnout of participants at Tour de Houston, Sunday Streets, and other biking events.”

The Plan provides recommendations for bike connections and seeks to make it easier for Houstonians to connect to off-street trails. It proposes key connections that will add over 600 miles to the current 290-mile bikeway network. That is over triple the existing mileage and will put over 80 percent of people and jobs within half a mile of a comfort bikeway.

Since the Plan’s adoption, the Planning and Development Department and Houston Public Works have been working to carry out the bike plan recommendations.

Accomplishments during the last 12 months include:

The Houston Bike Plan was awarded the 2017 Our Great Region Connection Award by Houston-Galveston Area Council for demonstrating how a unique partnership structure is helping achieve and surpass project goals.