More than half of Americans think Trump will lose in 2020. But that hasn't doomed past presidents from getting reelected. 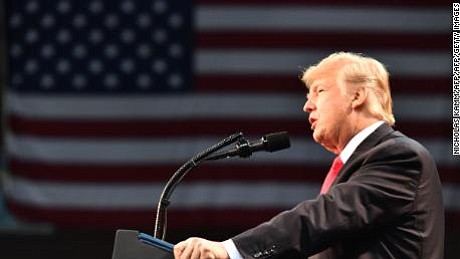 (CNN) -- A majority of Americans think President Donald Trump will lose his re-election bid in 2020, according to a new CNN poll conducted by SSRS, similar numbers to those facing former President Barack Obama at this point in his first term ahead of his re-election victory.

Fifty-four percent of Americans say they expect Trump to lose his campaign for re-election, the same number who said Obama would lose the 2012 election at this point in his first term. Only 40% of Americans think Trump will win in 2020, similar to the 44% who said the same for Obama.

Former President Bill Clinton faced even worse expectations in 1995, when only a quarter of Americans expected him to win his second term following deep losses for his party in the 1994 midterm elections. Trump filed re-election paperwork with federal election officials on Inauguration Day in 2017. He formally announced his re-election bid in February.

Trump holds strong support among his own party's potential voters in a 2020 primary race. Three-quarters of Republicans and Republican-leaning independents, 75%, say they think the GOP should re-nominate Trump in 2020. Only one in five, 20%, say the GOP should nominate a different candidate. These numbers are virtually identical to Obama's support among Democrats at this point in his term.

But when those who want to see someone else take the party's nomination are asked to name an alternative to Trump, no potential candidate has a clear edge. None of the potential nominees raised by respondents earn more than 1% support; that list includes Vice President Mike Pence, former GOP nominee Mitt Romney, House Speaker Paul Ryan, Texas Sen. Ted Cruz, television personality Oprah Winfrey and retiring South Carolina Rep. Trey Gowdy.

Speculation about a Republican primary challenge has swirled around some anti-Trump GOP voices like Ohio Gov. John Kasich, outgoing Arizona Sen. Jeff Flake and Nebraska Sen. Ben Sasse, who have refused to rule out a run for the White House.

Former Vice President Joe Biden holds the most widespread support when potential Democratic primary voters are asked to rate the chances they would support six possible candidates for the party's 2020 nomination.

A broad 84% of Democrats and Democratic-leaning independents say they are likely to support a Biden bid for the Democratic nomination, two-thirds of whom say they are "very likely" to back his candidacy.