Practice provides a way of mentally ‘shopping the closet’ and quells desire to buy, experts find 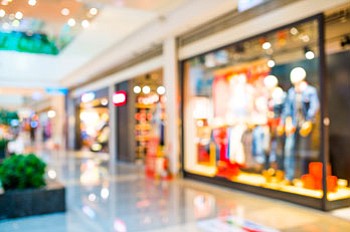 HOUSTON – (May 7, 2018) – Consumers who reflected on their recently used personal belongings experienced less desire for an unexpectedly encountered product, were less likely to buy impulsively and expressed a lower willingness to pay for new products, according to a new paper by marketing and consumer behavior experts at Rice University.

“Should I Buy This When I Have So Much? Reflection on Personal Possessions as an Anti-Consumption Strategy” advances the theory that the desire to consume, like willpower, may function as a limited motivational resource that becomes depleted upon reflecting about favored personal possessions and leaves less desire for subsequent shopping urges.

The study was authored by Utpal Dholakia, the George R. Brown Professor of Marketing at Rice’s Jones Graduate School of Business, and Rice doctoral students Jihye Jung and Nivriti Chowdhry. It will appear in the Journal of Public Policy and Marketing later this year.

“Reflection is about thinking deeply and remembering in detail how you used any one of your possessions recently,” Dholakia said. “In our research, we’ve found it helps if the reflected-upon possession is something functional, like a kitchen implement, a lawn mower or a wristwatch.”

The researchers conducted four studies. One of them was an online survey that included 165 United States-based participants, with an average age of 37 and consisting of equal male and female participation. Participants were prompted to “describe your recent experience with a product. Specifically, we would like you to think of any product that you purchased, currently own and have used recently.”

Two examples of participants’ reflections give a sense of the exercise:

The study had two other conditions. One was a control condition in which participants didn’t do anything. In the other condition, participants formed a plan to use a possession they hadn’t recently used, which is a common situation many people face because they have so many things they haven't used lately, the authors said.

After this experimental manipulation, study participants were given five products: a cashmere sweater, a stainless steel watch, a coffee maker, a chair and a box of high-quality chocolates. For each item, participants indicated how much they were willing to pay (WTP) for it. The researchers calculated a WTP index for each participant by standardizing each item’s WTP and then adding the values.

The researchers found that those who had reflected on using their possession recently had a much lower WTP for a basket of products than either the control or the plan conditions. The total WTP for the five items of those who reflected was $227, compared with $265 for the control group and $281 for the planning group. In other words, reflection about recently used possessions lowered the person’s willingness to pay for new items by about 14 percent compared with the control condition, the researchers found.

The other three studies – online surveys including a total of 867 U.S.-based participants, with about equal gender representation -- tested whether recalling the recent use of a personal possession would affect consumers’ desire for and likelihood of purchasing an item impulsively; investigated the moderating role of hedonic (pleasurable) versus utilitarian (practical) possessions in producing consumption desire depletion; and ruled out an alternative explanation for the moderating role of the type of possession.

“The findings of these studies show that reflection about the recent use of one’s possessions provides an effective method to quell the shopping urge and to reduce consumption,” the authors wrote.