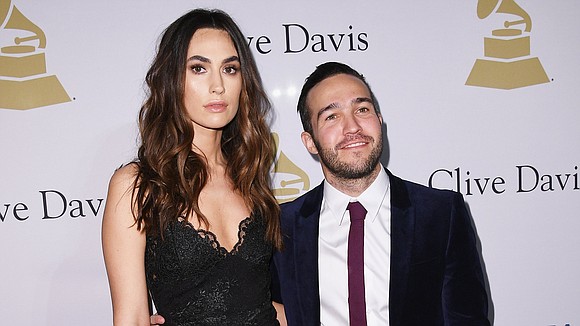 Meagan Camper and musician Pete Wentz of music group Fall Out Boy welcomed a girl in May. Wentz announced the birth of Marvel Jane Wentz on social media Mother's Day.

The musician made the birth announcement in a special Mother's Day post on social media.

"So excited to introduce Marvel Jane Wentz," he posted in the caption of a family photo on Instagram. "Feeling so grateful that she's here... annnnd she's already ready to takeover the world."

It's the first daughter for Wentz, who shares son Bronx Mowgli, 9, with ex-wife Ashlee Simpson.

He also has a son with Camper, 3-year-old Saint Laszlo.

The couple announced they were expecting a daughter in January and Wentz told People magazine then that he was excited given that "We have a lot of testosterone in our house."

"I see my friends who have daughters, and it seems like a whole different kind of love that they have for each other, so I look forward to that being a completely new journey," he said at the time. "Hopefully it'll bring some balance to our home!"

Wentz and Camper have been together since 2011.