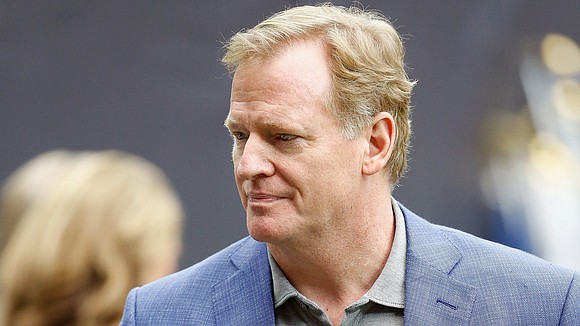 As NFL owners work to conclude their spring meeting Wednesday in Atlanta, a big question remains: How will teams respond if players protest during the National Anthem?

(CNN) -- As NFL owners work to conclude their spring meeting Wednesday in Atlanta, a big question remains: How will teams respond if players protest during the National Anthem?

There is no rule that prevents players from protesting. However, citing unnamed sources, Albert Breer of Sports Illustrated, as well as writers at ESPN, say NFL owners have considered new approaches, including leaving it up to home teams to decide whether players take the field before the National Anthem is played. If they do appear and players kneel, teams could be assessed 15-yard penalties, the sources said.

Asked Tuesday about the 15-yard penalty option, an NFL spokesperson told CNN, "As always, conversations at league meetings are candid, thoughtful and thorough. The clubs explore every option and idea on any policy, and discuss the merits and drawbacks of each approach. We will continue the conversation tomorrow."

At the conclusion of the meetings on Wednesday, NFL Commissioner Roger Goodell is expected to hold a news conference, as is his custom. Typically, Goodell addresses policy and rule changes.

Previously, Goodell has said the league believes players should stand for the National Anthem. However, he has pointed out that players say "they're not doing this in any way to be disrespectful to the flag."

Scores of players have joined in silent protests, initiated by quarterback Colin Kaepernick during the 2016 NFL season, to draw attention to what many describe as the systemic oppression of people of color, including by police.

In recent months, the league has worked toward a reported $90 million social justice partnership with the Players Coalition, using the NFL's platform to highlight players' efforts to curb injustice and to use political connections to push for legislative change.

The conversations come as two free-agent players, Kaepernick and Eric Reid, have filed separate grievances against the league, citing collusion in denying them jobs. Kaepernick and Reid both kneeled during the National Anthem when they were 49ers teammates, and Reid continued his protest last season. Kaepernick has been a free agent since March 2017.