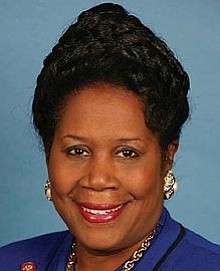 Washington, DC – Congresswoman Sheila Jackson Lee, a senior member of the House Committees on Judiciary and Homeland Security and Ranking Member of the Judiciary Subcommittee on Crime, Terrorism, Homeland Security and Investigations, released the following statement following the President’s claim that the use of a confidential human source to monitor his campaign’s connections to Russia was an improper use of law enforcement:

“Every day that goes by is another where we learn more about troubling connections among Trump, his campaign associates, and members of his family, together with the Russian government. What began as a most-concerning network of connections has now evolved into a genuine counterintelligence investigation subsuming some of the world’s richest and most powerful countries and individuals. The most recent slate of news reports suggests that this president has no qualms about bending the rule of law to serve his interests.

“When he campaigned for this office, the president pledged to put “America First.” The sign outside the White House is not “America First,” but rather “For Sale.” As time passes on, the facts increasingly suggest that the president was and is using the levers of power to enrich himself and his family. For example, one need not be a constitutional lawyer to see the apparent self-dealing and conflicts of interest inherent in Trump’s lease of his hotel steps from the White House. In hindsight, this appears to be relatively benign.

“Just this month, we learned that the president reversed course from years of precedent from the decision to do business with ZTE, the Chinese telecommunications firm. In so doing, the President turned his back on bipartisan conclusions about this company. ZTE was previously found to be working with Chinese espionage to do work for the Chinese State. ZTE was also found to be selling materials sold to it by the U.S., to sanctioned countries like North Korea and Iran. The decision is also inconsistent with the longstanding tact of the U.S Intelligence Community which, in 2012, indicated that ZTE interferes with American innovation and technology and that ZTE cannot be trusted and poses a security threat to the United States and its systems. Trump’s rejection of the House Intelligence Committee’s report on ZTE, when paired with his long standing embrace of that same committee’s report absolving his campaign of colluding with the Russian government—even in the face of the Senate Intelligence Committee’s conclusion to the contrary—makes clear that at the very least that there is no intellectual coherence to the president’s words and deeds. Worse still, while he is appeasing Chinese interests abroad, he is attacking the rule of law at home.

“Trump is attacking the rule of law in an unprecedented way. But to be precise, as of late, he is attacking the rule of law in three unprecedented ways. The first way is through his prolonged public ruminating about whether he will submit to an interview with the Special Counsel. This is why House Judiciary Democrats have sent a letter to the President urging him to submit to an interview. This question of whether to sit for an interview has been given new life by Rudy Giuliani, the president’s personal lawyer. He has appeared on media outlets indicating that the president is not required to submit to an interview. This is incorrect, and for corroboration one need not look past 1998, when then-Mayor Giuliani appeared on television stating that then-President Bill Clinton should submit to the then-Independent Counsel’s investigation. Mr. Giuliani’s direct answer when asked this question was, “[the president]’s gotta do it.” The switch in position has no basis in logic or fact, except for the fact that it is now Trump, his client, that is facing the same process as did President Clinton. This suggests that the decision to refrain from an interview is political, rather than one rooted in policy. Furthermore, the claim that an interview is a perjury trap is the president’s concern alone. It appears that the claim that an interview is a perjury trap has more to do with the president’s likelihood to be truthful, than it does the Special Counsel’s desire to charge the president for perjury.

“The president’s second attack on the rule of law concerns the outing of a confidential informant. Over the course of the last 6 days, starting last Friday and culminating this morning, the president and his allies in the Congress have been beating a drumbeat that a spy was ensconced in the Trump campaign. This ludicrous assertion—like many propagated by Trump—began in conservative media circles as a way to undermine the Special Counsel’s investigation into the Trump Campaign. This turn of events is likely in response to the fact that the FBI, during the course of its counterintelligence investigation into the Trump Campaign, identified two of its associates—Carter Page and George Papadopoulos—as having unusually close ties to Russia, and thereby merited a closer look. It was only then that the confidential human source—the use of which is a common FBI practice—made contact with Papadopoulos and Page. A third campaign aide, Sam Clovis, was also identified to have made contact with this confidential human source.

“Since Friday, Trump has cast the use of a confidential human source as a “spy,” embedded in the Trump campaign by the presidential administration of Barack Obama and the FBI during his watch. This is reckless on two fronts. First, it damages the confidential human source program, which is a common law enforcement practice and has likely saved the lives of countless Americans. Second, it is designed to further cast aspersions on the Special Counsel’s investigation, and undermining from the outset the merits and conclusions of the investigation. As a troubling aside, the pursuit of outing this confidential source is reminiscent of the early years of the Iraq war, when personnel in the White House were accused of revealing the identity of a CIA source, purportedly because her husband was a vocal critic of the war effort.

“Moreover, the meeting scheduled by the White House for this morning, to which certain members of Congress are invited, is appalling. It is a thinly-veiled effort to gain access to information likely to implicate the President and/or his associates in any pending criminal matter. Additionally, his decision to have this meeting shatters commonly held bipartisan norms and attitudes towards the separation of the justice system from political influence. Undoubtedly, if past is prologue, one of the president’s political associates attending the meeting will share the information and disseminate as political convenience.

“Together with the fact that his lawyer’s offices have been raided and many of his associates face pending criminal jeopardy, it is likely that the President is feeling the pressure of the Special Counsel’s investigation, and that he wants it to end. That is why we must pass H.R 5476, the Special Counsel Independence and Integrity Act. If enacted, it would permit any affected Special Counsel to challenge a potential termination in federal court. During the pendency of any challenge, the investigation would be stayed, so as to preserve its integrity.

“As I have said before, this is a moment for checks and balances. This is an Article I moment. The Congress must conduct appropriate oversight and not permit this president to escape the rule of law. He must sit for an interview with the Special Counsel, if asked, and he must cease his relentless and baseless attacks on the media and our institutions of government and civil society. The American people are watching and they expect that the president will comply with the rule of law, and also that the Special Counsel’s investigation into the matter should be permitted to proceed unimpeded.”