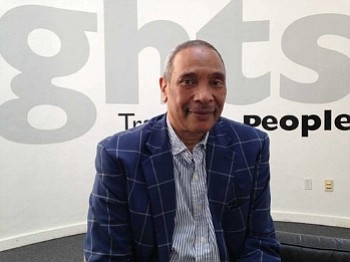 Houston, Texas, November 12, 2018– The Houston Museum of African American Culture (HMAAC) is pleased to announce the November 17, 2018 opening of A Burning House, curated by Dominic Clay and John Guess, Jr. A Burning House will be on display through January 12, 2019.

A Burning House takes as its point of departure an historic conversation between colleagues and activists Harry Belafonte and Dr. Martin Luther King, Jr., during which King expresses his fears: “We have fought hard and long for integration, as I believe we should have, and I know that we will win. But I've come to believe we're integrating into a burning house.”

According to HMAAC CEO John Guess, Jr., “This exhibition continues HMAAC’s emphasis on conversations about race during this time of racial animosities.” He continued, “I am so pleased that our exhibitions this year during our Museums Are Not Neutral campaign have brought so many into the museum - schools, seniors and church groups- to talk through the current climate, and I continue to marvel at our multicultural audience’s attempt to build a common future.”

Passionate, gregarious, and larger-than-life, Ti-Rock Moore, is known for the racial consciousness content of her art. Her extremely timely message about race and white privilege resonates on multiple levels speaking to us as individuals, as communities, as a society and as a country.

Guess noted, “We featured Ti Rock’s work a couple of years ago with our Abolitionist exhibit, and as she has continued to make art that speaks to the racial challenges we face, we wanted to bring her and this dynamic group of works back to the museum.”

“Ti Rock Moore’s work reminds us that African Americans are not alone in expressing outrage at the continuing racial divide; she is not indifferent, and we see that as a hopeful sign in the museum’s conversation with its visitors.” said HMAAC CEO Gina Carroll.

Ti-Rock Moore's stirring conceptual artworks at HMAAC include ice sculpture, a living model and a car converted into an intimate theater.

A Burning House is graciously sponsored by HEB, Eddie and Chinhui Allen, Melanie Lawson and John Guess, Jr. and the Board of Directors of HMAAC. An opening reception is scheduled for November 17 at 6:30 p.m.