The battle is over: Campbell Soup and activist investor reach agreement 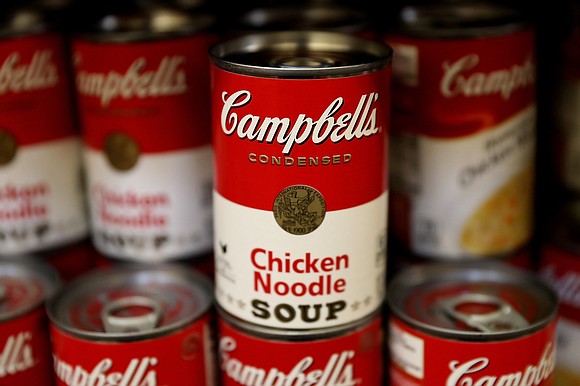 (CNN) -- The vicious fight for control of Campbell Soup is over.

For months, activist investor Daniel Loeb's hedge fund Third Point has been attempting to overhaul the soup company's board and install its own directors.

On Monday, both sides agreed to end the proxy fight and expand the Campbell board from 12 to 14 members. Two of the five nominees suggested by Third Point will be added to the board. Both sides said they were satisfied with the outcome.

"We are pleased to have reached an agreement with Third Point that is in the best interests of Campbell shareholders," Keith McLoughlin, the company's interim president and CEO, said in a statement.

Loeb added that "Third Point looks forward to working collaboratively with Campbell to improve value for all shareholders."

The hedge fund is withdrawing its bid for the other three nominees as well as its lawsuit against Campbell (CPB). As part of the agreement, Third Point will get a say in selecting the new CEO and another member of the board.

Campbell has said a new chief executive will be announced by the end of this year. The additional director will be added by May of next year.

"This is a face-saving end result for both sides," said Kai Liekefett, a partner at the law firm Sidley Austin who leads Sidley's shareholder activism practice.

The agreement marks the end of a long battle.

Third Point recommended replacing the entire board in September, after Campbell said it wasn't planning to sell the company.

Loeb penned a scathing letter to the chairman of the company's board at the time, blaming leadership for the company's problems and accusing members of "mismanagement, waste, ill-conceived strategy, and inept execution." Campbell maintained that it knows what's best for the soup company.

Things heated up after that: Third Point sued the company and accused Campbell of making boring, expensive soup; Campbell said that Third Point's ideas were unoriginal and uninformed.

Despite it's aggressive attitude, Third Point was always fighting an uphill battle.

About 41% of Campbell is controlled by descendants of the founding family, who vowed to support the current leaders. Third Point and its supporters hold only about 10%.

Over time, Third Point softened its stance. Earlier this month, the hedge fund said it wanted to replace five instead of all 12 members. Campbell said prior to Monday's agreement that Hofstetter and Schmidt would be a good fit.

The hedge fund hopes to help put the company back on track, and as part of the agreement will get the chance to share ideas with Campbell's leadership.

Campbell conducted a full operational review last summer in the wake of poor sales and the abrupt departure of its former CEO. At its conclusion, the company decided to sell its fresh and international businesses and focus on snacks, meals and beverages.

The plan is working so far, McLoughlin said on a recent earnings call. But the company is still having a hard time selling soup: US soup sales are falling, and the company expects that trend to continue next year.

Shares of the company fell about 4% midday Monday.