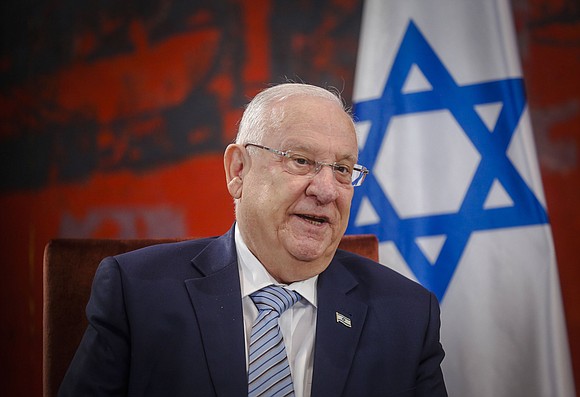 Anti-Semitism and the hatred of minorities "corrupts society," Israeli President Reuven Rivlin warned in an exclusive interview with CNN.

(CNN) -- Anti-Semitism and the hatred of minorities "corrupts society," Israeli President Reuven Rivlin warned in an exclusive interview with CNN.

"For us, it is clear as daylight. Anti-Semitism is a presence in society that corrupts society itself," said Rivlin.

"We try to explain to the whole world that if you don't fight against anti-Semitism, it will hit your societies. There are stereotypes present in societies that create a lack of understanding; treatment of minorities which is not humane or moral will corrupt societies."

"We are diligent, and we have to be even more diligent, to explain in all those places where anti-Semitism is spreading, or returning, that we are not ready to accept it," Rivlin told CNN.

The Israeli President also addressed the rise of neo-fascism in Europe and other parts of the world, saying, "Someone who is neo-fascist is truly a person who is totally against the spirit, principles, and the values of the State of Israel."

This past summer, Rivlin met with Hungarian President Viktor Orban, who has been repeatedly accused of using anti-Semitic language by the United Nations.

Orban has been largely nationalist and anti-immigrant, often calling for "ethnic homogeneity."

Rivlin told him at the time, "I know what you are doing against anti-Semitism. I know the efforts. But we have to remember, when we say never again, that neo-fascism and neo-fascist groups are a real danger to the very existence of the free world."

In a readout of the meeting from Israel's government press office, Rivlin said that, even given Europe's complex political reality, you cannot have elements which support the State of Israel but also hold positions that are racist or anti-Semitic.

On Tuesday, Israeli Prime Minister Benjamin Netanyahu told CNN in an exclusive interview that he was concerned with the findings of CNN's survey on anti-Semitism, but not surprised.

"Anti-Semitism is an ancient disease and when it rears its ugly head, it first attacks the Jews, but it never stops with that, it sweeps entire societies," Netanyahu said.

Rivlin echoed Netanyahu's language, describing it as an "evil illness" that can exist anywhere. "Evil can sprout in any society that fails to examine itself, that fails to remember the past, and that fails to educate," he told CNN.