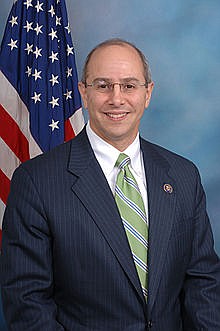 After more than a year of negotiations, the United States recently struck a new trade deal with Canada and Mexico. The deal was well worth the wait.

The pact, the United States-Mexico-Canada Agreement (USMCA), is a public health victory for all three countries. Lawmakers would be wise to finalize the deal immediately.

The USMCA strengthens intellectual property (IP) protections for state-of-the-art medicines known as biologics. These protections lay the groundwork for future drug innovation and ensure that the newest treatments can quickly reach patients around the world.

Biologics are made using live organisms. Doctors already use biologics to treat conditions like cancer, multiple sclerosis, and rheumatoid arthritis. And biologics have accounted for about one third of new drugs approved by the Food and Drug Administration (FDA) over the past decade.

Notably, the USMCA extends the term of regulatory data protection (RDP) for biologics in Canada and Mexico to 10 years, bringing these countries closer to the U.S. standard of 12 years.

During the 10-year period of exclusivity, rival pharmaceutical companies are prohibited from accessing their competitors' clinical trial data to make and sell lower-priced knock-off versions of a new medicine. This gives innovators time to recoup investment losses.

The USMCA will spur more investment into biologics. After all, developing a new drug is expensive and risky. On average, bringing just a single drug to market costs $2.6 billion and often takes between 10 and 15 years.

Without strong IP protections like those included in the USMCA, investors would have little incentive to pour money into drug discovery.

Critics fear that the USMCA will impede access to needed treatments for Canadian and Mexican patients by raising prices on biologics in those countries. But this concern is misplaced. In fact, the USMCA's stronger IP protections likely will boost the availability of breakthrough medicines. And, to clarify, the deal does not impede generic producers from creating and submitting their own regulatory data for approval of a medicine in these markets.

Drug companies are hesitant to release their newest creations in places with weak IP rules, for fear that these medicines will be copied prematurely by generic firms. The USMCA's rigorous biologics protections could accelerate the entry of groundbreaking drugs into the Mexican and Canadian markets. And as new drugs flood these markets, competition will drive down prices -- a boon for patients in both countries.

The sooner USMCA is finalized, the sooner patients will benefit. The deal manages to expand the availability of state-of-the-art medicines while protecting incentives for future medical innovation. That's a significant achievement, and one for which the Trump Administration and United States Trade Representative officials deserve enormous credit.

Charles Boustany is a retired physician and former congressman from Louisiana.