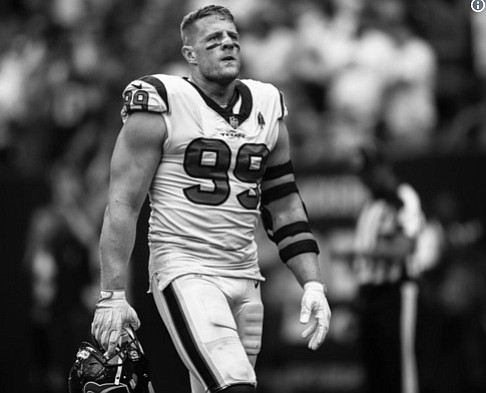 As he answered questions at his post-game press conference, J.J. Watt looked exhausted.

The Texans had secured a physically and mentally draining 37-34 overtime win in Indianapolis, a hard-fought, first win of the 2018 regular season.

“This one was --it took longer than it needed to,” Watt said. “Very, very tiring, but we found a way. It’s a wild game, there at the end and there was a whole lot going on.”

The defense was gassed, but disappointed that the game, in control with a comfortable 28-10 lead in the third quarter, was headed to overtime. On their final scoring drive of regulation, Luck operated a fast-paced offense that capped off a nine-play, 85-yard drive with a touchdown in just over two minutes and followed it up with a successful two-point conversion to send the game into overtime tied 31-31.

After both teams exchanged field goals in overtime, the Texans defense made a critical stop on fourth-and-four. The Texans offense took over at the Colts 43-yard line to set up the 37-yard, game-winning field goal by Ka’imi Fairbairn.

The three-time AP Defensive Player of the Year recorded a multi-sack game for the second consecutive week. Before halftime, Watt already had two strip sacks on Luck. His first was recovered by Luck, but Watt’s second sack of the day resulted in a six-yard loss and a fumble deep in Colts territory late in the second quarter. Rookie outside linebacker Duke Ejiofor recovered the fumble and two plays later, DeAndre Hopkins scored on a five-yard touchdown catch.

Watt recorded multiple sacks in back-to-back games for the seventh time in his NFL career, which is the most in NFL history. He currently leads the NFL with 23 multi-sack games since entering the league in 2011. Watt has 5.0 sacks on the season and 81.0 for his career.