How Black Women Are Affected Differently By Ovarian Cancer 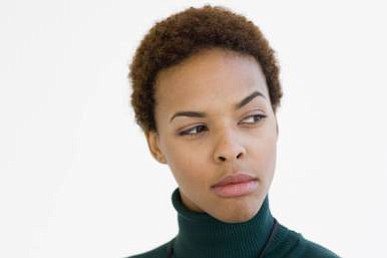 Ovarian cancer is perhaps one of the most dangerous diseases because it is often diagnosed at an advanced stage and has metastasized, or spread to other parts of the body very quickly, often without the knowledge of the victim. It is also the fifth leading cause of cancer deaths among women, with more than 22,000 US women facing a potential diagnosis in the next few years, and around 15,000 dying from it.

If it’s caught in an early stage (Stage 1-2), however, a woman has more than a 90 percent chance of long-term survival. Only about 20 percent of cases are caught in their early stage when the disease is most curable. While Black women have a lower incidence rate of ovarian cancer than their white counterparts, their 5-year survival rate is significantly lower because of late detection.

Key signs and symptoms of ovarian cancer that women should be aware of include bloating, pelvic or stomach pain, backaches, changes in eating habits or feeling full quickly, constipation, menstrual changes and pain during sex, per The National Ovarian Cancer Coalition. While these signs aren’t direct indicators of cancer, if they continue for more than 14 days, women should pay close attention to them and mention their concerns to an OB/GYN immediately.

Since the symptoms of ovarian cancer are very unclear and could easily be conflated with other minor health issues, the fact still remains that these often overlooked symptoms contribute heavily to ovarian cancer’s high rate of diagnoses at advanced stage, thus requiring more aggressive, rigorous and invasive methods of treatment.

Another contributing factor to the disproportionate treatment in the Black community is that most African American patients aren’t aware of their family’s medical history.

In an interview with Ebony Magazine, Dr. Lisa M. Johnson, founder of Ivy Obstetrics & Gynecology in New York City said, “a lot of the symptoms that women experience as they age are considered acceptable changes that come with life. They don’t necessarily talk to their daughters or granddaughters about what they’ve experienced because that’s not considered proper.”

Johnson continued by saying that her young female patients say “‘Oh, my grandmother had a hysterectomy, but I don’t know why, or my cousin had cancer but no one will talk about it.’” She also said that this is often not the case when it comes to many of her white patients who come to her office with more than enough information about their family history, possibly because they feel more comfortable inquiring about the important information.

While there is no screening test for early ovarian cancer available yet, you can work closely with your doctor to keep an eye on potential warning signs, dig deep into your family’s history for clues and stay informed about the disease overall. For more information, please visit www.cancer.org/cancer/ovarian-cancer.

Jasmine Browley holds an MA in journalism from Columbia College Chicago, and has contributed to Ebony, Jet and MADE Magazine among others. So, clearly, she knows some stuff. Follow her digital journey @JasmineBrowley.