The fight for transgender healthcare at work 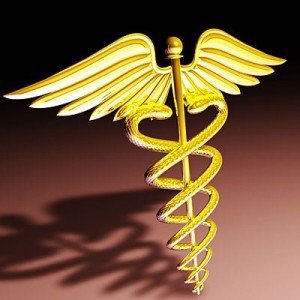 But if an insurance provider classifies a procedure as "cosmetic" rather than "medically necessary," trans people are forced to pay out-of-pocket. Or risk going without care that can be vital to their health.

Even when insurers won't cover certain procedures, some employers will step in and offer coverage. In the last decade, hundreds of companies have revised their healthcare plans to financially assist employees in gender transition and gender affirmation surgery. In 2009, when the Human Rights Campaign first began asking companies about transgender-inclusive benefits as part of their company rankings, only 49 major US employers offered them. In 2018, HRC says a record 759 companies now offer transgender-inclusive healthcare coverage.

"To get to that point, at HRC, we had to do a lot of educating not only of the companies and the benefits managers about what it means, but also of insurance companies, what it means to be able to offer it and fulfill it," says Beck Bailey, deputy director of HRC's workplace equality program.

The realities of care

Not all transgender people want or need medical assistance as they transition. But for those who do, the process can be time consuming and extremely expensive.

Many insurers will deem hormone therapy or other procedures as "medically necessary" for the treatment of gender dysphoria, the distress a person experiences when confronted by the difference between their current body and their gender identity. But a slew of other procedures, like speech therapy or further surgery, can also be considered elective.

As a Master's student and former staff assistant at the University of Michigan, Vidhya Aravind says she paid out-of-pocket for procedures that were vital to her health. She says explaining that to cisgender people is taxing.

"I think that even well-meaning cis people who consider themselves allies don't know what trans people go through to get medical care," she says. "For 99% of things, our healthcare is great. But for trans things, it's completely a disaster."

Throughout the last year, she has been working with other graduate students to make medical care more accessible for her transgender colleagues.

Aravind and Lewis say it's not uncommon for transgender peers to travel out of the state for surgery, looking for a provider they trust. Both trans women have paid out-of-pocket for procedures, even canceling some because of financial strain.

"The end result is I was making less than my [cisgender] colleagues, because I was paying out-of-pocket for some of these procedures that I don't believe I could've done without," Lewis says.