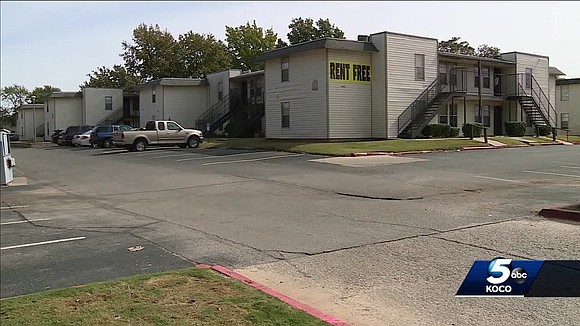 A 5-month-old baby is dead and his twin brother is fighting for his life at OU Children's Center.

OKLAHOMA CITY (KOCO) -- A 5-month-old baby is dead and his twin brother is fighting for his life at OU Children's Center.

Their parents were arrested for child neglect after the two babies were found in poor conditions, weighing fewer than 4 pounds each. According to an affidavit, the twin boys were lying in bed Saturday morning at an apartment home near Southwest 59th Street and South Walker Avenue when one of them was found unresponsive.

The parents took him to Southwest Medical Center, where he was pronounced dead. The affidavit stated the 5-month-old boy was "severely malnourished and suffered a heart attack."

"Right now, it's not known exactly what caused the child's death," said Megan Morgan, with the Oklahoma City Police Department. "That will be determined later on by the Medical Examiner's Office."

Health experts said the average weight for a 5-month-old boy is 15-16 pounds. The affidavit indicates the two boys were a quarter of that weight.

A woman claiming to be the twins' grandmother said the babies have been sick since birth and had trouble keeping down food.

"However, both parents were booked into the Oklahoma County Jail on two counts of child neglect -- one for each of the children," Morgan said.

The surviving twin is in the custody of the Department of Human Services.

KOCO 5 has chosen not to release the parents' names because they have not been formally charged with a crime.