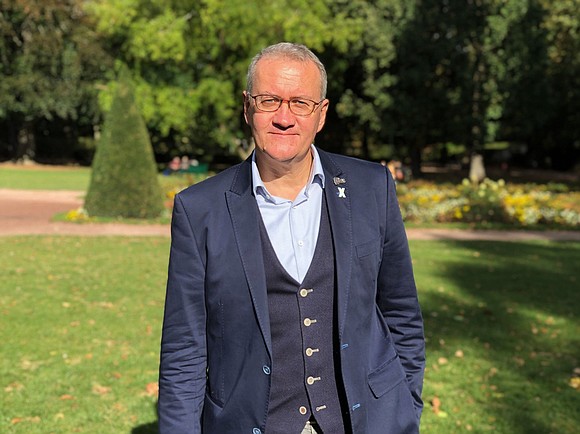 (CNN) -- Matthias Katsch says he was 13 years old when a priest at his Jesuit school in Berlin first molested him. His grades suffered and the priest pushed him to have extra tutoring with his teaching colleague, another priest.

This man, Katsch says, stripped him naked in the school music room, bent him over the piano bench and beat him in a sadistic ritual that was repeated multiple times over the next year.

"I thought there might be more boys like me but I always thought I was the only one with a second abuser. It was a terrible shame for me," says Katsch, now 55 and a campaigner seeking justice for victims of abuse in the Catholic Church.

"But I was shocked to find out that I was not the only one. There were many victims that experienced exactly the same grooming. That's when I realized this was systematic."

In 2010, Katsch went public with his story, triggering an outpouring of testimony from dozens, then hundreds of other survivors.

On Tuesday, the German Bishops' Conference released the results of its own report into sexual abuse in the Catholic Church over the past seven decades.

The numbers are staggering: "at least" 3,677 people have been abused at the hands of more than 1,600 priests and other members of the clergy.

More than half the victims were under 14, as Katsch was at the time, and most of them were boys.

Speaking during the first day of the German Bishops' Conference in Fulda, central Germany, on Tuesday, Cardinal Reinhard Marx, its chairman, described the findings as "shameful."

"We are always shocked and deeply shaken that this happened inside our Church -- and is still possible today -- committed by priests and clergy, the people of God. Those who were given the task to watch over people. We must look at this again and again. We have addressed this before. But we must do more."

But Katsch is doubtful that this report truly reveals the full scale of the crimes committed. The report covers the "absolute bare minimum" of cases voluntarily reported by individual parishes, Katsch says, adding that he believes the real number of victims may be 10 times that many.

"For the survivors, the urgency is we want to know the truth now. We have waited for such a long time, we want it now," Katsch says.

He also believes the Church must address the issue of what the German Bishops' Conference calls "material benefits for recognition of suffering."

"The average payment to a survivor is 3,000 euros ($3,500). And yet the German Church is the richest Church in the world. It's ridiculous. And they know it."

While it is unclear exactly where the German Church ranks on the global Catholic rich list, it is undeniably extremely wealthy -- far more so than the Vatican.

Last year, Germany's Catholic Church raked in $7.5 billion thanks to its 19th-century "church tax" alone, and it's expected to surpass that number this year.