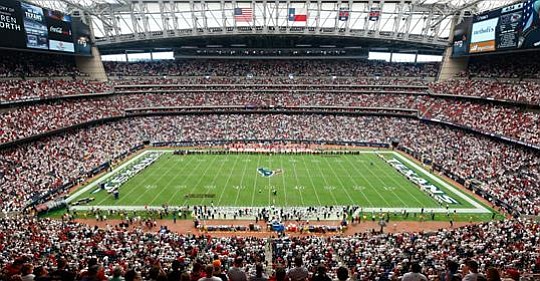 The Houston Texans have selected Carlos Valdez, Jr., Owner and CEO of Las Palapas Hausman and longtime volunteer and former board chair for the YMCA of Greater Houston, as the recipient of the NFL Hispanic Heritage Leadership Award. The NFL and the Hispanic Heritage Foundation (HHF) have partnered for the eighth annual NFL Hispanic Heritage Leadership Awards during the 2018 celebration of Hispanic Heritage Month. The awards recognize the contributions of Hispanic leaders in each NFL market. The Houston Texans honored Carlos Valdez, Jr. at their recent game against the Buffalo Bills. Valdez has been a volunteer with the YMCA of Greater Houston for more than 30 years having served on the Executive Committee, the Human Resources Committee, the Education Committee and five years as a Youth Sports Coach. As part of the award, a $10,000 donation will be made from the NFL Foundation and the Houston Texans in his name to the YMCA teen leadership programs.