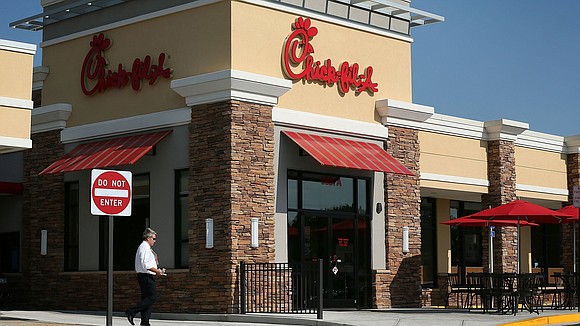 CNN is reporting that the Texas attorney general is investigating whether the city of San Antonio violated Chick-fil-A's religious liberty when it banned the fast food chain from its airport. The San Antonio city council approved a new concessions contract for the San Antonio International Airport -- on the condition that Chick-fil-A be excluded. Texas attorney general Ken Paxton slammed the city's decision as "discriminatory" and "inconsistent with the Constitution and Texas law." Councilman Roberto Treviño, who made the motion to exclude Chick-fil-A, said San Antonio does not tolerate "anti-LGBTQ behavior." In a separate letter , Paxton also requested that the US Department of Transportation open an investigation into whether San Antonio's decision to ban Chick-fil-A from its airport violated federal law.