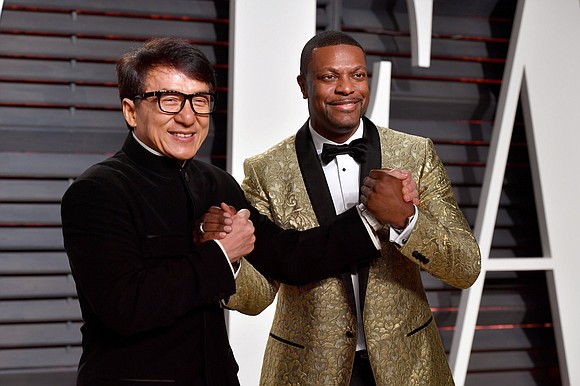 Jackie Chan and Chris Tucker may be reuniting

(CNN) -- Chris Tucker took to social media over the weekend to wish his longtime pal and "Rush Hour" co-star Jackie Chan a happy birthday, but it was what they did in the photo that has people talking.

Chan and Tucker are both holding up four fingers in the photo, teasing (perhaps) that a fourth installment of their popular "Rush Hour" franchise may be in the works. At least, that's what fans of the films are hoping.

Tucker said a fourth film was definitely a possibility during a January interview on the "Winging It" podcast. "It's not in pre-production. We're working on a few things [for] the script. Jackie wants to do it. I want to do it. The studio wants to do it."

CNN has reached out to their representatives for comment.