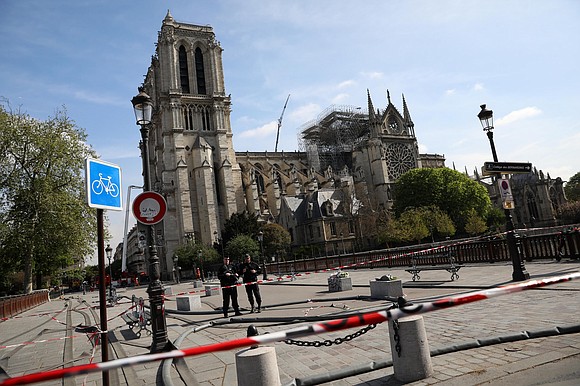 Prosecutors investigating the causes of the inferno that tore through Notre Dame Cathedral in Paris have interviewed construction workers and security staff, as more details emerged about the effort to contain the blaze. Ten people were interviewed by criminal investigators on Wednesday, the Paris Prosecutor's Office said, adding that interviews would continue on Thursday. On Tuesday, the prosecutor's office had said 30 employees at the Paris landmark had been questioned. "Tomorrow new witnesses will be heard as well as people already interviewed for further information," the prosecutor's office said. The prosecutor's office said that in addition to interviews, forensics teams and the central laboratory for the police department had been able to access some areas of the site and begin inspections. Officials are continuing to pursue the theory that the cause of the fire was accidental.