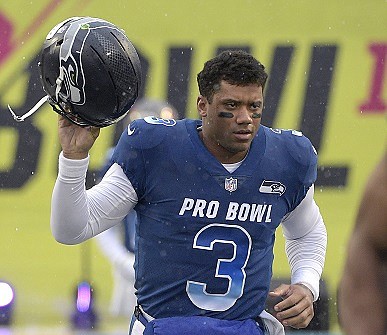 Russell Wilson is sticking around with the Seattle Seahawks as the highest paid player in the NFL. Wilson posted a video on social media early Tuesday saying, “Seattle, we got a deal,” shortly after agreeing to a $140 million, four-year extension with the Seahawks, his agent Mark Rodgers told The Associated Press. Wilson’s new deal runs through the 2023 season and includes a $65 million signing bonus, a no-trade clause and $107 million in guaranteed money. Wilson’s per year average of $35 million tops Aaron Rodgers’ average annual salary of $33.5 million as part of the $134 million extension he signed last year with the Green Bay Packers. Wilson’s current $87.6 million, four-year deal was signed at the beginning of training camp in 2015 and was set to expire after next season.