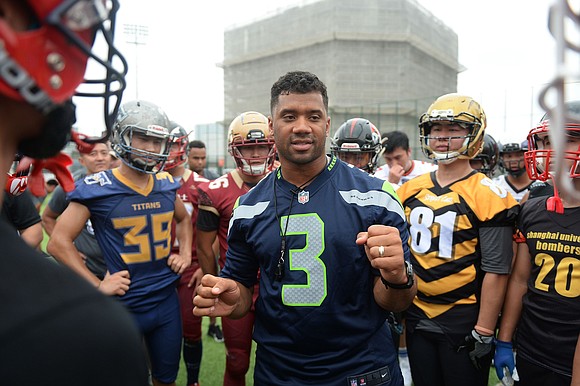 Are you looking for the perfect Mother's Day or birthday present? What about stocks?

(CNN) -- Are you looking for the perfect Mother's Day or birthday present? What about stocks?

Seattle Seahawks quarterback Russell Wilson gave the gift that keeps on giving, when he gifted 13 of his teammates' $12,000 worth of Amazon stock this week.

Amazon is looking like a pretty good stock selection. The online retailer's shares are up nearly 27% this year. Over the past ten years, its ascent is almost unreal: a 2000% increase.

Kanye West gave his wife, Kim Kardashian, shares of Disney, Netflix, Amazon, Apple and Adidas last Christmas. All of the stocks have climbed since.

West and Russell, who earlier this month became the highest paid football player in the league, sure can afford to give these presents with potential. But you don't have to be a wealthy celebrity to gift single shares.

Stock gifts could end up being wise long-term investments. Unless that stock falls, that is. Stocks go up and down, but the S&P 500 is up 17% this year, and 239% over the past 10 years, according to Refinitiv.

The pattern of a single company's shares might look very different, but owning a little could inspire the gift receiver to build a portfolio.

Disney at the top

Stock gifting site GiveAShare.com ranks its top 10 most popular options every quarter, which are led by Disney, Harley-Davidson and Nike at the top. Disney is the No. 1 pick every year, said GiveAShare founder Rick Roman.

The footprint of the American consumer is all over the most-gifted stock list, which also includes Apple, Coca-Cola, Starbucks, Under Armour and Nintendo, as well as Ford.

Less orthodox popular options include shares of the Atlanta Braves and Manchester United.

Out of the bunch, Apple has done best this year.

IPOs like last week's floating of Pinterest, also got a lot of attention, Roman said. He expects the same to happen with Uber when it goes public.

It seems people love giving what they consume.

The website Stockpile offers a similar way to gifting shares. Its trending ranking includes many of the same options, as well as the SPDR S&P 500 ETF and the Vanguard 500 ETF.

Exchange-traded funds track the equity market with a slight lag and are popular investment product to gain exposure to a whole sector or section of a market. The gift offers diversity rather than leaving the receiver with exposure to just one company, which is why ETFs are generally better long-term investments than individual stocks.

Stockpile also names the Grayscale Bitcoin Trust is a trending option. But cryptocurrencies have had quite a different performance compared with regular stocks. While the Bitcoin Trust has rallied some 71% this year, it dropped 60% last year.