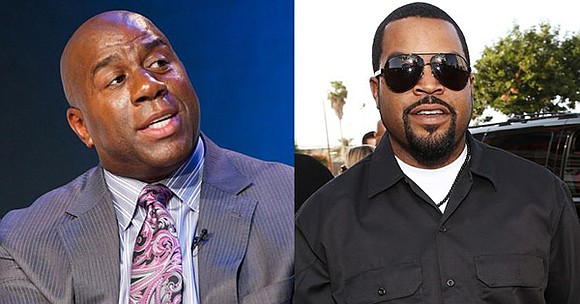 Basketball legend and entrepreneur, Earvin "Magic" Johnson, is joining the bidding group of rapper, actor, and entrepreneur, O'Shea "Ice Cube" Jackson Sr. to acquire 21 Regional Sports Networks (RSN) from Walt Disney Co. Ice Cube has placed a bid to buy the sports networks through Big 3, his 3-on-3 basketball league that features former NBA stars competing in half-court 3-on-3 games. Through the RSNs, he plans to air original content from celebrities and athletes including Serena Williams, Snoop Dogg, and Will Smith, who is also part of the bidding group. Johnson's addition to the bidding group came shortly after his surprise announcement to step down as Los Angeles Lakers' president of basketball operations. He said he wanted to return to a more normal life doing things that make him happy.