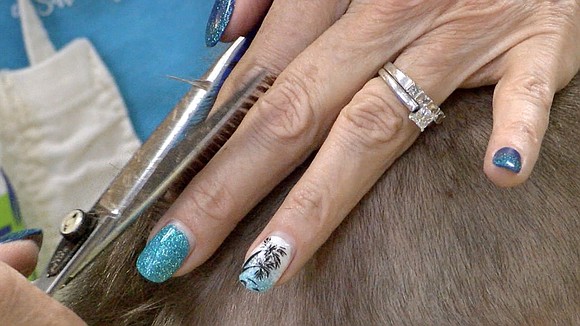 Chloe's, A Salon for Children opened at 101st and Mingo in December of 2017 and offers services for kids with special needs.

Tulsa, OK (KJRH ) -- With school starting up soon in Green Country, parents want their kids to look and feel their best with a fresh haircut but it's not an easy task for many families.

Five-year-old Henry Jones has autism. His mother, Carrie, describes previous trips to the salon as torture.

"He cried the whole time but it was fast, so we were like okay it’s torture but it’s fast," said Jones.

That is, until she discovered Chloe's, specializing in cutting hair for kids with special needs or sensory related issues.

"Before it was like a dreaded activity and now we’ll be driving this way and he will literally say, haircut, haircut?" said Jones.

Chloe's, A Salon for Children opened at 101st and Mingo in December of 2017 and offers services for kids with special needs. The salon runs on a slower pace and offers a private room for children who have sensory related issues.

"They can kind of feel safe and if it’s a little too noisy on the floor that they have a quiet safe place that they can go," said Judy Kreitzer, Owner of Chloe's, A Salon for Children.

Owner Judy Kreitzer ran a larger scale salon back in California, and retired in Tulsa to be with family. She says she picked up the scissors again after her daughter opened her eyes to the need in the community.

"We’re not interested in so much getting everything done, we’re interested in getting them through the process safely and to where they feel successful," said Kreitzer.

Walk-ins are welcome but they prefer you to schedule an appointment.