The Paradox of Love: Trump's United States of Hate 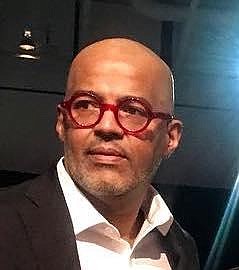 America is experiencing the most perilous of times in recent history as the result of its president, Donald Trump. Even though Monday morning he stepped forward to speak against the weekend's hate crimes, it lacks residence because of the hate that has been reverberating since his stance against the Central Park Five, his ascendance in the GOP with the birther inquisition of Barack Obama, and not immediately condemning the chants of "send her back" aimed at four congressional women of Congress for doing their job.

It remains jarring how he and the leadership of the GOP lack human decency by caging children at the border and proclaiming that Baltimore is a predominately African-American city where no humans should live. These hateful words are intentional verbal terrorism to inflame his base and continue to label some human beings as unworthy of being in the same race as White Americans. What is equally puzzling is the silence of the White Evangelical church in which 81 percent supports and believes that he has been called by God.

These blatant domestic terrorist attacks, being exercised by White supremacists best known as the Ku Klux Klan and the Nazis, are embedded deeply it how they understand God, practice Christianity and see humanity. And, yet, there are other social justice faith leaders who are grappling with this torture and how to convey the message of God's, resulting in a divided gospel.

In the New Testament gospel of Mark 12:28-33, a scholar and scribe, out of curiosity, questioned Jesus, 'which out of all the commandments is the most important?' Jesus responds with two statements. The first is how you are to love the "Lord your God with all your heart, your mind, your soul and your strength." The second one is to" love your neighbor like you love yourself'. The implication is very powerful because what it means is to be authentically a follower of Jesus, means I have to know how to love me before I can love you.

I recently had a rather challenging dinner conversation with a young Jewish member of the GOP, who I consider close family. He questioned why continuously refer to this president as "it". He asked, "as a Christian (that believes in the same teaching in the Torah) isn't the fundamental teaching of our faith love? If so, are you not being equally divisive in referring to Donald Trump as an "it" and the GOP as them?"

My rapid response was human beings don't spark flames of hatred. They would not find any justification in anyone that assembles to chant Jews will not replace us, say that there were very fine people on both sides, call Mexican's rapists and target Muslims. Those who have a soul would condemn the acrimony so that it wouldn't ignite a fire.

The Civil rights movement wasn't driven by policy experts. It was accomplished by people who actually practiced their faith in love. The movement was filled with the love of Imams and Rabbis, Catholic and Orthodox Priest, Unitarians and Muslim, Baptist and Hindus, and Atheist and Quakers. There were Black women frying chicken, White women making cold cut sandwiches, gay men organizing and lesbian women strategizing. They galvanized together to enact laws because there were racist White Americans who lacked civility. The laws had to be created to protect those whom they dehumanized with Jim Crown, the violence of rape and torture of death.

The preaching of "whosoever shall smite thee on thy right cheek, turn to him the other also", is no longer applicable in these times. There's no longer the tolerance to mount a non-violence movement or foot soldiers in protest when the evidence is clear that this venom embodied in these White-skin individuals is filled with intentional rage, injustice and violence, against everyone that isn't a pure American of Anglo-Saxon decent. Yes, there are few who Blacks that are getting passes but I learned early in life that there was no difference between house slaves and those in the field. The white supremacist groups categorically deem them all as subhuman.

After I stepped away and reflected on my dinner conversation, I realized that my retort to these times have caused me to depart from the most essential and guiding principle of my faith. With all that the raced baited massacres in El Paso, Texas and Dayton, Ohio by White males ages 21 and 24 in the last 48 hours, I'm wrestling with how do you continue to offer love to those who are responsible for the spillage of your brother's blood-shed on the ground?

How do, I, as a social justice intellectual and faith leader provide guidance that teaches how to love those who persecute you, speak all manner of evil against you? How do I lean in to find similarity with those who say that the believe in the same Jesus that many non-White Americans serve? If this gospel can't unite us, especially, in times like this, then what can?

Anger and Love have no limits especially when it is seeded in fear and one's misappropriated religion. The scribes were so caught up on the rules, which made up the religion, that they had fallen short on knowing how to have relationship with God, themselves and their neighbor.

There is no negating the reality of the fear of a group of White Americans being left in poverty. According to the Center on Budget and Policy Priorities, White people are 52 percent of people lifted from poverty by safety-net programs, while Black people made up less than a quarter of that share. When it comes to receiving Medicaid, Whites make up about 43 percent of recipients, Hispanics about 30 percent, African-Americans 18 percent, with 9 percent identified as other. It is obvious that their concerns are valid.

However, it is unfortunate that their anger is misappropriated. It should be directed towards the White men, like Donald Trump, who are more focused on their own wealth than strengthening and providing economic opportunities for these White Americans.

When I awakened Sunday morning I learned of the incident in Dayton, Ohio, where I graduated high school. My close group of friends immediately began to check on those who still reside there. We learned of several recent insistences of targeted violence in Dayton. When I learned that one of my sister-friends and her family were literally next door to where the shooting happened, I began to weep because she's family. In our group of five, who have been friends now over 35 years, I'm the only African-American. And, yes, race shows up because we have fluid conversations. However, what has kept our bond with our religious, sexuality and political party difference is love.

It was then that I realized that perhaps the answer is larger than what's in the written text and man-made doctrines. The defining moments to overcome hate will be from what is written with love in our hearts. Maybe we can organize a healing, peace and love march with American presidents, Baraka and Michelle Obama standing alongside George W. and Laura Bush? Though they had many differences, they served the Unites States of America honoring a commitment of justice, equality and love for all.

Dr Keith Magee is a public intellectual with a focus on social justice and theology. He is Senior Fellow in Culture and Justice at the University College London and Lead Pastor at The Berachah Church, Dorchester Centre, MA. He is also a 1986 graduate of Colonel White High School in Dayton, OH. For more information visit www.4justicesake.org or follow him on social media @keithlmagee.