Toni Morrison's works spoke to a generation of us 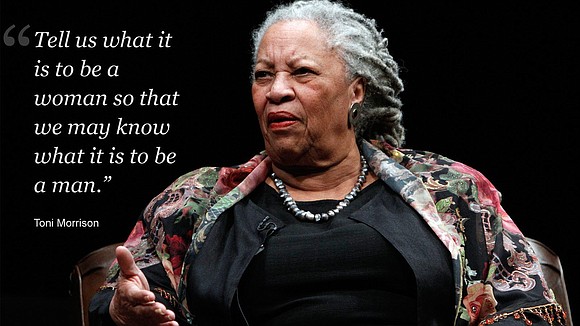 She started teaching at Texas Southern University in 1955 and then became an editor at Random House in 1963. She edited the work of authors such as Toni Cade Bambara and Gayl Jones.

(CNN) -- As a little black girl who didn't always want to be black, Toni Morrison at once understood me and shamed me.

Like many girls before and after me, I would place a towel on my head, pretending it was the long flowing, straight hair I saw on white women in TV and movies.

That hair was bouncier, and in my estimation at the time, prettier than my kinks.

I wished my nose was thinner and straighter and -- as I came into my adolescence -- my body less curvy.

It was as a young teen that I first read "The Bluest Eye," the story of Pecola, a poor black girl who longed for blue eyes.

The book felt like a gut-punch to my younger self.

It is a work that tackles racism, self-loathing, poverty and sexual abuse in such beautiful prose that I have returned to its passages multiple times.

It forced me, at a young age, to rethink beauty standards and what it truly meant to love and be loved.

Morrison, who died this week at the age of 88, not only made me confront my blackness, she made me love it.

In the forward to the "The Bluest Eye," Morrison said it originated from a conversation with a childhood friend who said she wanted blue eyes.

"Beauty was not simply something to behold; it was something one could do," Morrison said.

Morrison's extremely personal and influential work was explored in the recent documentary, "Toni Morrison: The Pieces I Am."

Here are some of her other books which also made an impact:

Along with "The Bluest Eye," this novel has been banned so often that it helped Morrison to make the Office of Intellectual Freedom's list of "most frequently challenged authors of the 21st century."

It is the story of Nel Wright and her non-conformist friend Sula Peace, who stirs up the citizens of The Bottom, a mostly black community in Ohio.

It also set off debate over whether Sula was a heroine or a villain, given that she was someone who could stand by and watch as her mother burned to death in the front yard "not because she was paralyzed, but because she was interested."

In her third novel, Macon "Milkman" Dead III struggles to find his identity and marked a departure from the central female characters Morrison focused on in her first two books.

The story is both mythical and reflective of the black experience.

"I also wanted to use black folklore, the magic and superstitious part of it," Morrison told the New York Times of the book in 1977. "Black people believe in magic. Once a woman asked me, Do you believe in ghosts? I said, 'Yes. Do you believe in germs?' It's part of our heritage."

It was awarded the National Book Critics Circle Award.

This book so impressed Oprah Winfrey that she optioned it for a 1998 film which she starred in and Jonathan Demme directed.

Set post Civil War, the main character, Sethe, is haunted by the memory of the infant daughter she killed to save from slavery when she meets a young woman she comes to believe is that daughter.

While the film was not well received, the novel won the Pulitzer Prize for Fiction in 1988.

In an interview with The Massachusetts Review in 1995, Morrison talked about the book being placed in the tradition of plantation novels.

"Black writing has to carry that burden of other people's desires, not artistic desires, but social desires; it's always perceived as working out somebody else's agenda," she said. "No other literature has that weight."