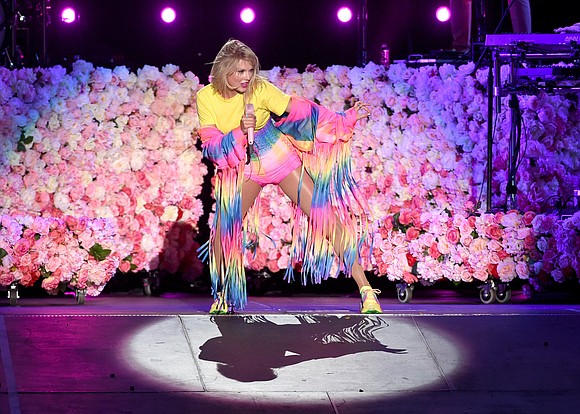 Taylor Swfit, shown here at a performance in June, is celebrating the celebration of her fun weekend. CREDIT: Kevin Winter/Getty Images for iHeartMedia

(CNN) -- Taylor Swift's party antics were trending all weekend and she is into it.

No word on if she was actually tipsy at a party in Los Angeles on Saturday night, but clips of the singer dancing and lip-syncing her own music have spawned a #DrunkTaylor hashtag on social media.

"Threw a party to celebrate with the people who made the ME! & YNTCD videos with me- and we had so much fun that 'Drunk Taylor' is trending on Twitter. CHEERS," Swift wrote on Instagram.

She had gathered with friends to celebrate her 10 VMA nominations. Guests at the party included Laverne Cox, Hayley Kiyoko, the Haim sisters and A'keria Davenport.

Swift's new album, "Lover," is set to be released August 23.