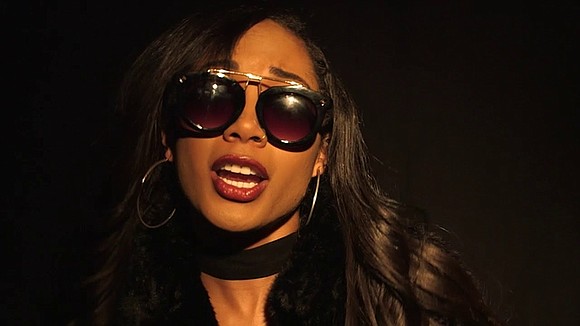 New York rapper Gianna Milani has spent the past 4 weeks on a rise with no decline in sight. From her recent tour dates, to the success of her single Young & Winning; which includes the success that the merch line from this single is having, she has shown more promise than any other female artist would, with no major backing. Gianna first came to be known for her dancing and rapping on YouTube and her frequent appearances on BET's 106 & Park. The young artist even once placed her bid to obtain a recurring role as the shows host during the transition period that eventually saw the show come to an end.

Gianna Milani's music has seen a steady rise on Spotify; largely due to the new found success of her single "Young & Winning" which just broke 17K streams on a steady incline that has shown no let up over the past 14 days. Between YouTube and Spotify alone the single has now seen close to 45K streams worldwide as the wave continues to build. Gianna's social media brand also continues to grow as she has just jumped over 16K fans on Instagram.

The young artist's label, Middle Ground Entertainment, took things in a new direction as of recent and the new move has been paying off happily. The label and the artist have decided to take the direct to consumer approach and dividends are sure to be high as the company bets its stakes on this move. Gianna Milani has more events and more releases lined up to close out the year and looks to be one of the top female rap artists watch in 2020.