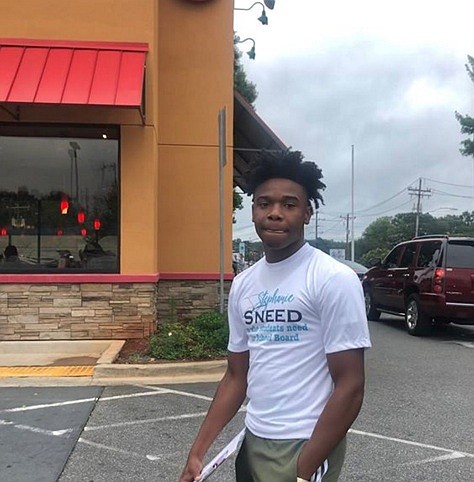 All around the country, lines at Popeyes have been non-stop as anxious customers vye for their chance to try their viral spicy chicken sandwich. While appeasing their appetites, 17-year-old David Ledbetter took advantage of Popeye’s longer wait times by registering the hungry crowds to vote. The Charlotte native said he was surprised to find out that most people in line had already registered. However, he encountered 16 people who were not registered, so he assisted them in completing out the needed paperwork. Although he’s not old enough to vote just yet, Ledbetter turns 18 years old next March. Then the teen will have his turn to cast his vote during the heated 2020 presidential election next November. Many fried chicken-lovers have flocked to nationwide Popeyes locations to try their latest menu item. A tweet announcing the sandwich's release sparked a Twitter war between Chick-fil-A and Wendy's.