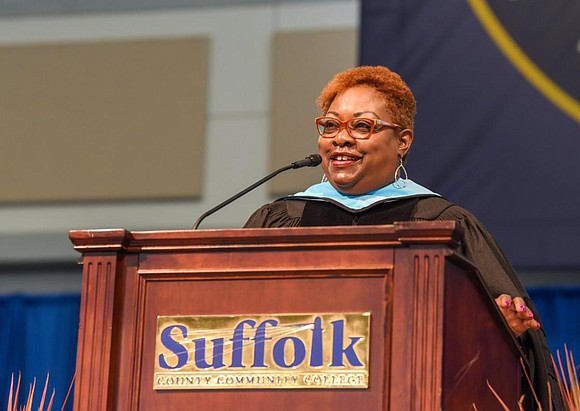 The Urban League Long Island will enter the third decade of the 21st Century with the same 20/20 vision the people of Long Island have come to rely upon. An Equity Profile of Long Island released in 2017 noted that 42 percent of all communities on Long Island are without a single Black resident.

In their undercover investigation of real estate agents released November 17, 2019, Newsday reported that Long Island has 291 communities and most of its Black residents live in just 11.

Urban League Long Island has had its finger on the pulse of Black Long Island since 1972, with a mission to enable African Americans and other disenfranchised people to secure economic self-reliance, parity, power and civil rights. The Newsday report, although shocking for some, came as no surprise to Theresa Sanders, President & CEO of Urban League of Long Island, who was a housing tester in 1991. She experienced first-hand what it was like to receive unequal treatment, so when Newsday approached her to say they wanted to conduct an investigation, Theresa was all over it. "When Newsday asked the Urban League of Long Island to help identify Testers to participate in a confidential investigative report, we hosted a local meeting for potential testers to engage in the training that Newsday offered".

Ms. Sanders was recently invited to offer testimony from her perspective to the New York State Senate - through the Committee on Housing, Construction and Community Development, the Committee on Investigations and Government Operations, and Committee on Consumer Protection - as a result of the Newsday report.

Long Island, New York, is comprised of two counties: Nassau on the west and Suffolk to the east. Blacks have lived on Long Island for centuries, with historic communities in the towns of Sag Harbor, Gordon Heights and Bellport, in Suffolk County. However, Nassau County, which borders the New York City outer borough of Queens, saw the highest rate of influx of Blacks and people of color since the 1970's.

The Black population resides predominantly in central Hempstead, villages near the Queens border, Babylon, and western Islip. Latinos and Asians or Pacific Islanders live throughout the region, though Latinos are more likely to be located in predominately Black neighborhoods. The Meadowbrook State Parkway in Nassau acts as a physical barrier separating the predominately Black areas of Freeport, Roosevelt, and Uniondale from the mostly White areas of eastern Hempstead and Oyster Bay.

Additional highlights from the Long Island Equity Profile report include:

· By 2050, nearly two in three residents [on Long Island] will be people of color.

· Long Island's economy could have been nearly $24 billion stronger in 2014 alone if racial gaps in income were eliminated. An Equity Profile of Long Island , was produced by PolicyLink, and the Program for Environmental and Regional Equity (PERE) at the University of Southern California and with the generous lead funding from Citi Community Development, the Long Island Community Foundation, and the Robert Wood Johnson Foundation.

The Urban League of Long Island launched #LI2020Vision, a campaign that connotes a clarity of vision and purpose going into the new year. We are asking Long Islanders to share their vision for economic and social equity on Long Island. We want to know what issues, ideas, and actions they value most and join thousands of other Long Island visionaries to help them fund an action agenda to achieve a collective vision.