Tesla's next big thing is on horizon 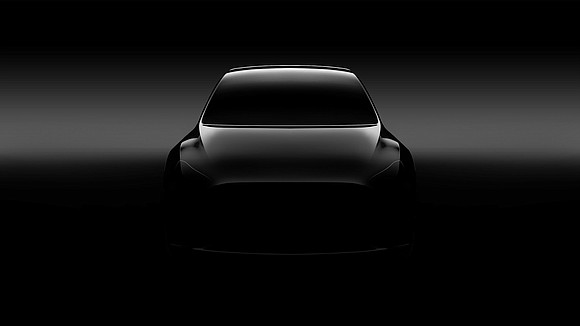 Tesla says it's getting close to making the most important vehicle in its lineup: the Model Y, a mass market SUV.

(CNN) -- Tesla says it's getting close to making the most important vehicle in its lineup: the Model Y.

"The demand for Model Y will be maybe 50% higher than Model 3, could be even double," Musk told investors on a conference call last week.

If his figures are correct, the Model Y will have a chance to become the best selling SUV in the United States, a title currently held by the Toyota Rav 4.

SUVs are key for the entire auto industry as American car buyers shift away from sedans. Traditional automakers such as General Motors, Ford and Fiat Chrysler plan to mostly stop selling sedans in the United States.

One of reason electric vehicles haven't taken off is because most of them have been available only in sedan models, said Michelle Krebs, senior analyst for AutoTrader. Electric vehicles still represent only about 2% of US new car sales.

"It really hasn't been in a body style that people are buying," she said. "The only one out there now is the Model X. But that won't be the case for long."

The Model X, Tesla's luxury SUV that debuted in 2015, has not been a hit with critics or customers.

"It's an incredible vehicle," he said about the Model X. "Probably nothing like it will ever be made again, and maybe it shouldn't."

Musk has a history of over-promising and under-delivering on vehicle production. Problems plagued its Model 3 sedan, the company's first mass market effort. It spent much of 2018 trying to get Model 3 production working.

Model Y will be built on the same platform as the Model 3 and share more than 75% of its parts. That should hold down the cost and time to start production, Musk said.

But three years after it debuted the Model 3 with the promise to make it available for $35,000, Tesla has still yet to make a version of the car for that mass-market price.

Part of that is because Tesla was facing a possible cash crunch and needed to make as many of the more expensive, more profitable versions of the car before it could start fulfilling orders for the lower-priced version.

But it could still be quite a long wait for the Model Y.

Given the competition it is likely to face from other automakers, slow delivery could be a problem for Tesla.

Finding a place to build it will also be a challenge. In order to meet its production goals for the Model 3, Tesla had to essentially build a whole new factory under a permanent tent at its Fremont, California, facility.

There isn't a lot of capacity to spare for the Model Y at that plant.

Tesla said it will "probably" build the Model Y in Nevada, at its massive battery factory, the Gigafactory1.

But that will also require construction of a whole new assembly line, whether its underneath another tent or a inside another building. Most auto plants built by other automakers take years from groundbreaking to production, although Tesla proved it could move faster than that with its Model 3 tent line.